The importance of metrology when harnessing the power of the sun

We recently had the opportunity to speak with Dave Wilson, leader of the ITER metrology group, about how his team have been applying Hexagon measurement solutions...

Hexagon has today announced a new preferred supplier agreement with the renowned ITER nuclear fusion research project based in southern France. Under the agreement,... 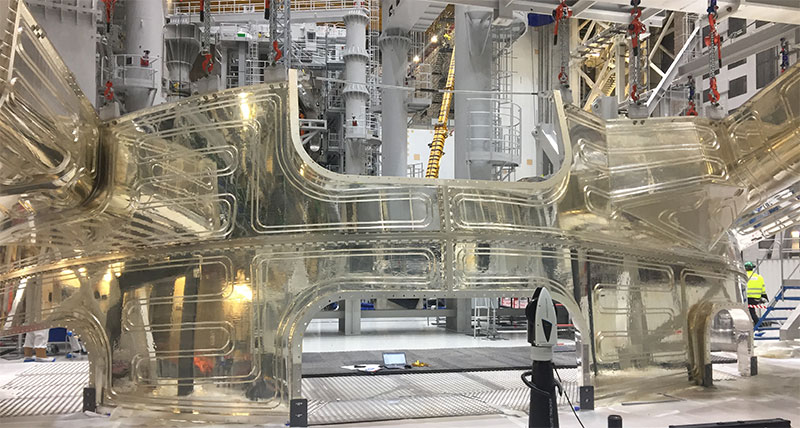 ITER is a vast and ambitious long-term project based in southern France with the goal of confirming the viability of fusion as a sustainable source of power for generations to come.

With over a million components to be assembled, the final machine must meet the complex design parameters, within exacting tolerances, on a project that brings together particle physics and real-world engineering.

Cooperation between Hexagon and the ITER team goes back to the project’s very beginnings in 2007 and was formalized in 2020, as the project entered its long-awaited assembly stage, with the inauguration of a preferred supplier agreement.

The initial assembly phase of the project, to deliver First Plasma, requires an utmost focus on precision, and under the agreement Hexagon became the main avenue of metrology support for the ITER central team and its principal contractors.

A wide range of Hexagon metrology hardware has been deployed at the ITER site in France, as well as at dozens of contractor locations around the world, with the Absolute Tracker product range in particular widely deployed across a variety of measurement and assembly applications.