Reality capture for all

Hexagon disrupts its own disruptive technology with the all-new Leica BLK360 laser scanner.

When the first generation of the Leica BLK360 laser scanner was unveiled in 2016, it made a mark on the reality capture industry. Accurate, intuitive and sleek, the BLK360 was developed to fill an unmet need in the market — making laser scanning accessible to novices and experts alike.

“Until this time, reality capture was confined to an exclusive, expert domain; however, we saw there was a need for users across professions to create 3D data, models and insights,” said Burkhard Böckem, Hexagon’s Chief Technology Officer. “Our goal was to create a scanner that would allow anyone to conduct their own reality capture.”

Fast-forward to 2022, and Hexagon once again turned reality capture on its head with its newest version of the BLK360 laser scanner that supersedes the original BLK360 as the “world’s smallest and lightest imaging laser scanner”. “The Leica BLK360 puts the power of stunning, high-speed, accurate reality capture in your hands.”

Reality capture in the palm of your hand

Reality capture plays a critical role in documenting the world and creating a highly accurate digital version — whether for a digital twin, building information modelling (BIM) or Smart Digital RealityTM.

Since 1921, Leica Geosystems surveying equipment has played an important role in shaping the way people measure and map the world. But this track record of innovative reality capture technology would be pushed even further almost 100 years later during a fateful executive meeting in the brand’s Switzerland headquarters.

As the story goes, one of Hexagon’s leaders set his can of Coca-Cola on the table and said, “I want a laser scanner this size”. The technology team was hesitant at first, responding that the request was a “big ask”. However, the team was inspired to bring this ambitious vision to life.

The result was the first-generation BLK360 — a laser scanner small enough to fit in a backpack and easy to pack in carry-on luggage. Until this time, no one was producing terrestrial scanners that could fit in your hand and deliver the accuracy the BLK360 delivered. The team also designed the scanner with extreme usability in mind, democratising the use of reality capture and expanding the potential applications and use cases.

Six years later, the BLK team set out to do it again. The second generation of the BLK360 was born out of a desire to improve the customer experience by delivering scans faster than ever before.

The development team wanted to push the boundaries of what the product could do in terms of usability and again looked towards speed, size and ease of use.

“In our DNA is the desire to take risks and be disruptive. For instance, I can’t recall anyone saying they wanted the original scanner to be smaller, but we wanted to take it to the next level and be the smallest on the market”, said Gian-Phillip Patri, the Product Manager for the BLK series. “We decided to push the limits of what’s possible, not just by making it faster and better, but at the same time making it even smaller and more intuitive to push the boundaries once more.”

As the world’s fastest, smallest and easiest-to-use laser scanner, the Leica BLK360 speeds up and simplifies the reality capture process. Users can capture a complete scan with a high-resolution panoramic image within only 20 seconds. This makes the BLK360 the fastest imaging laser scanner on the market, providing three to four times faster scanning than other systems.

But the benefits of the new BLK360 extend beyond its small size and fast scanning speed. The sensor’s new Visual Inertial System (VIS) uses cameras to track its position and automatically combine scans in the field using edge computing and smart algorithms for easy office registration — speeding up workflows and ensuring datasets are complete.

Scans from the BLK360 can be automatically uploaded to HxDR, Hexagon’s cloud-based storage, visualisation and collaboration platform for reality capture and geospatial data. This platform empowers users to build their own Smart Digital Realities.

With the new BLK360, everyone can quickly capture the high-quality scans, images and precision data necessary for meeting the demands of our digital world — and realising new digital futures. 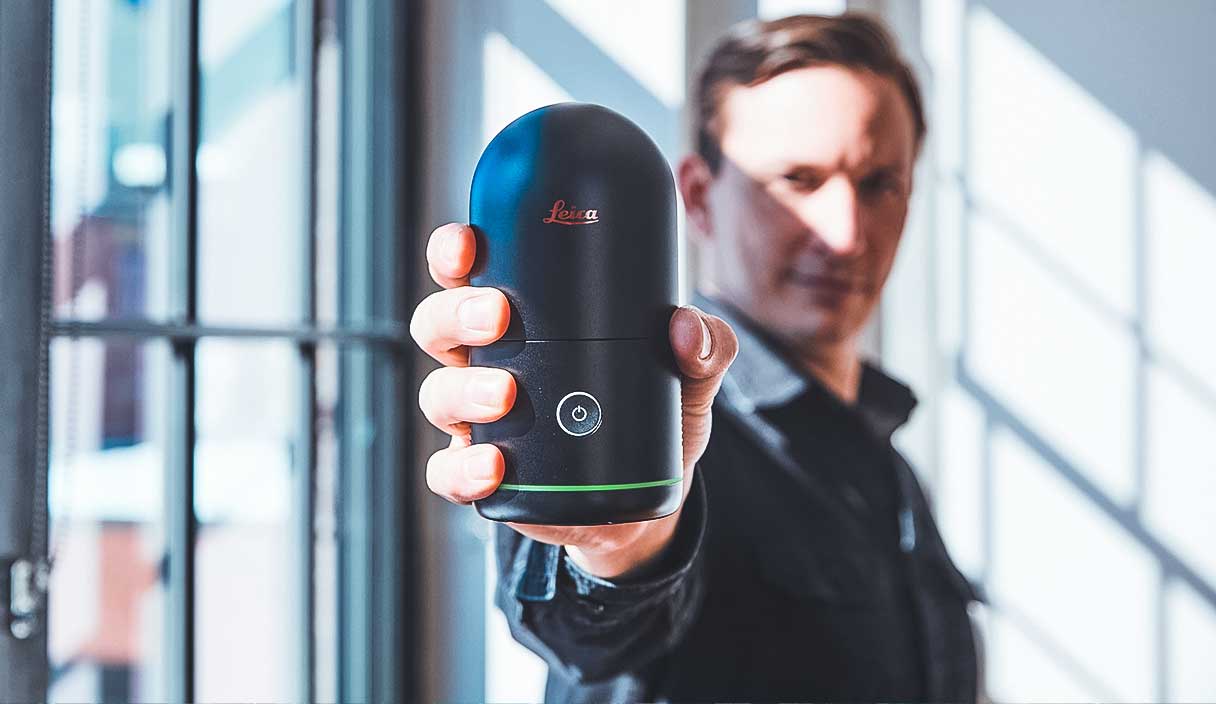 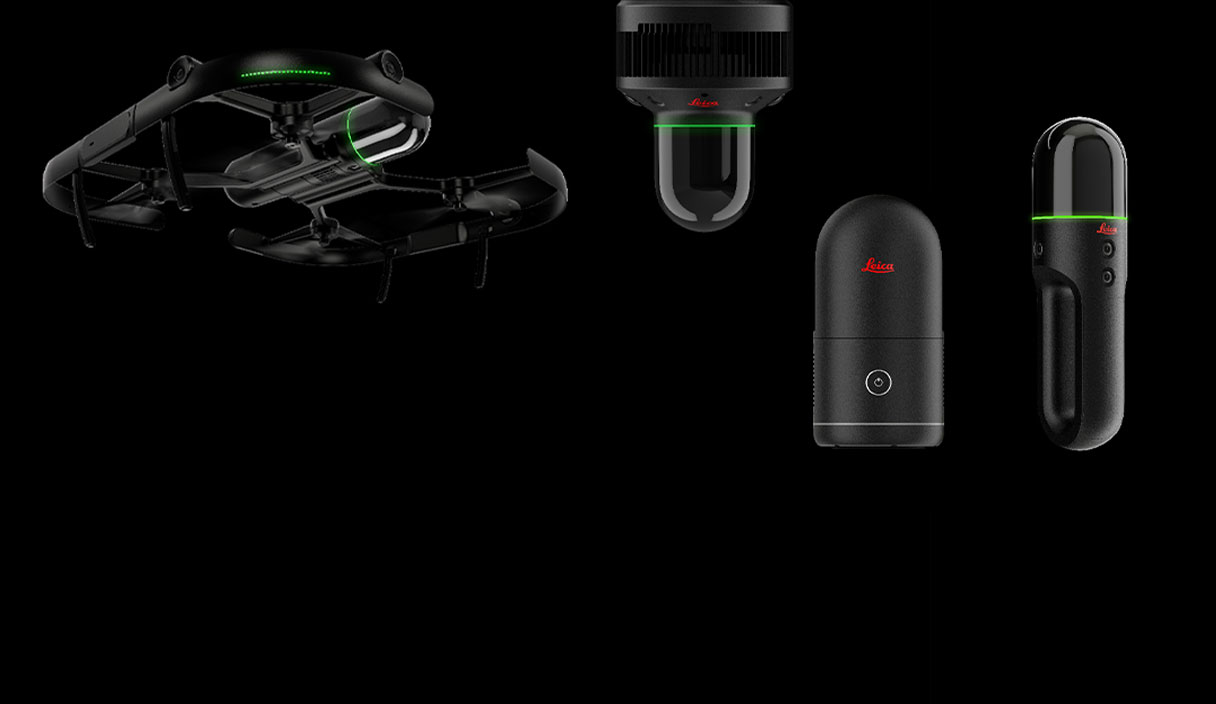 For more than a century, Leica Geosystems – part of Hexagon – has revolutionised the way we measure and map our world. That history of innovation continues to this day with the BLK series. 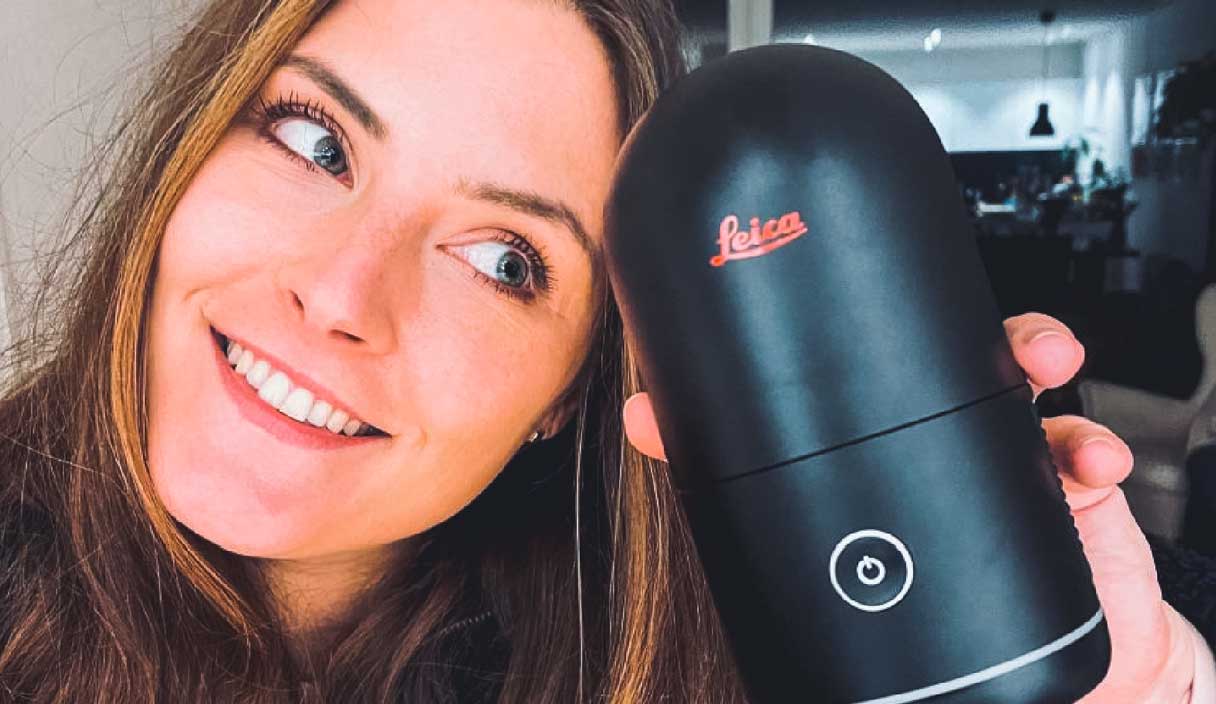 Faster, smaller, easier to use. See what industry experts have to say about the new BLK360 laser scanner. 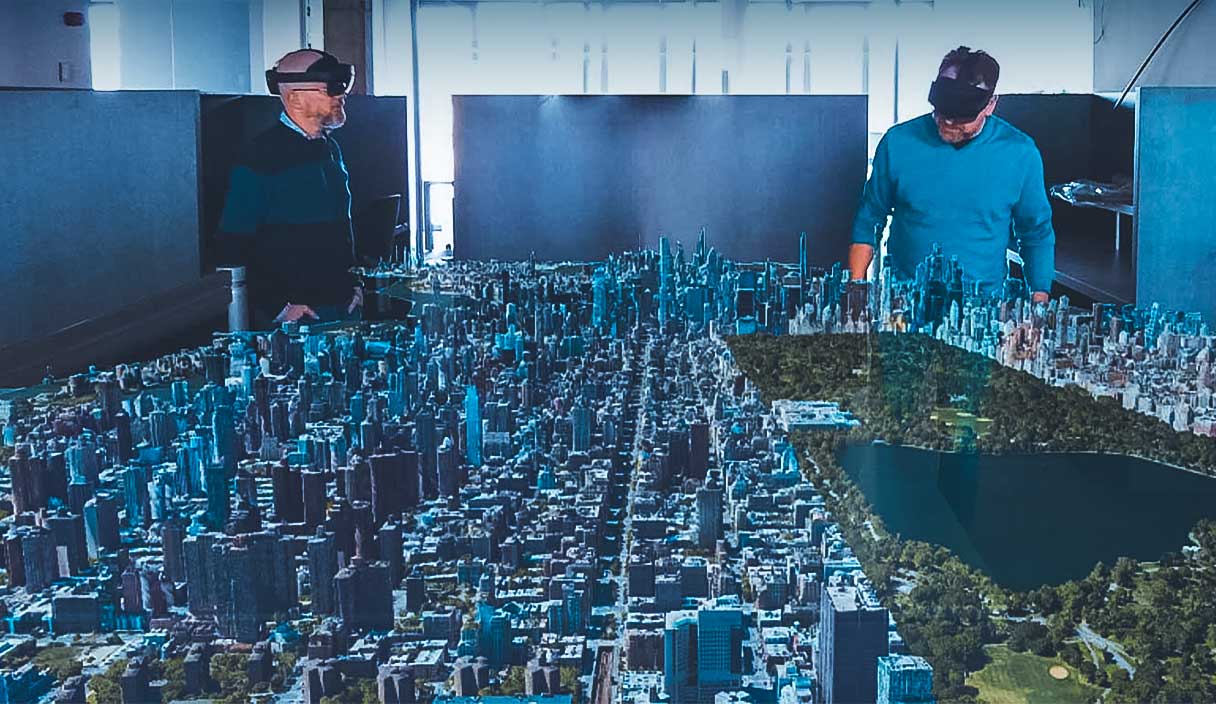 Reality capture and the metaverse

The metaverse is poised to have a significant impact on business. Capturing reality with accuracy and precision is key.