When planning reworks for a historic building, a Scan-to-Plan workflow helps preserve it. 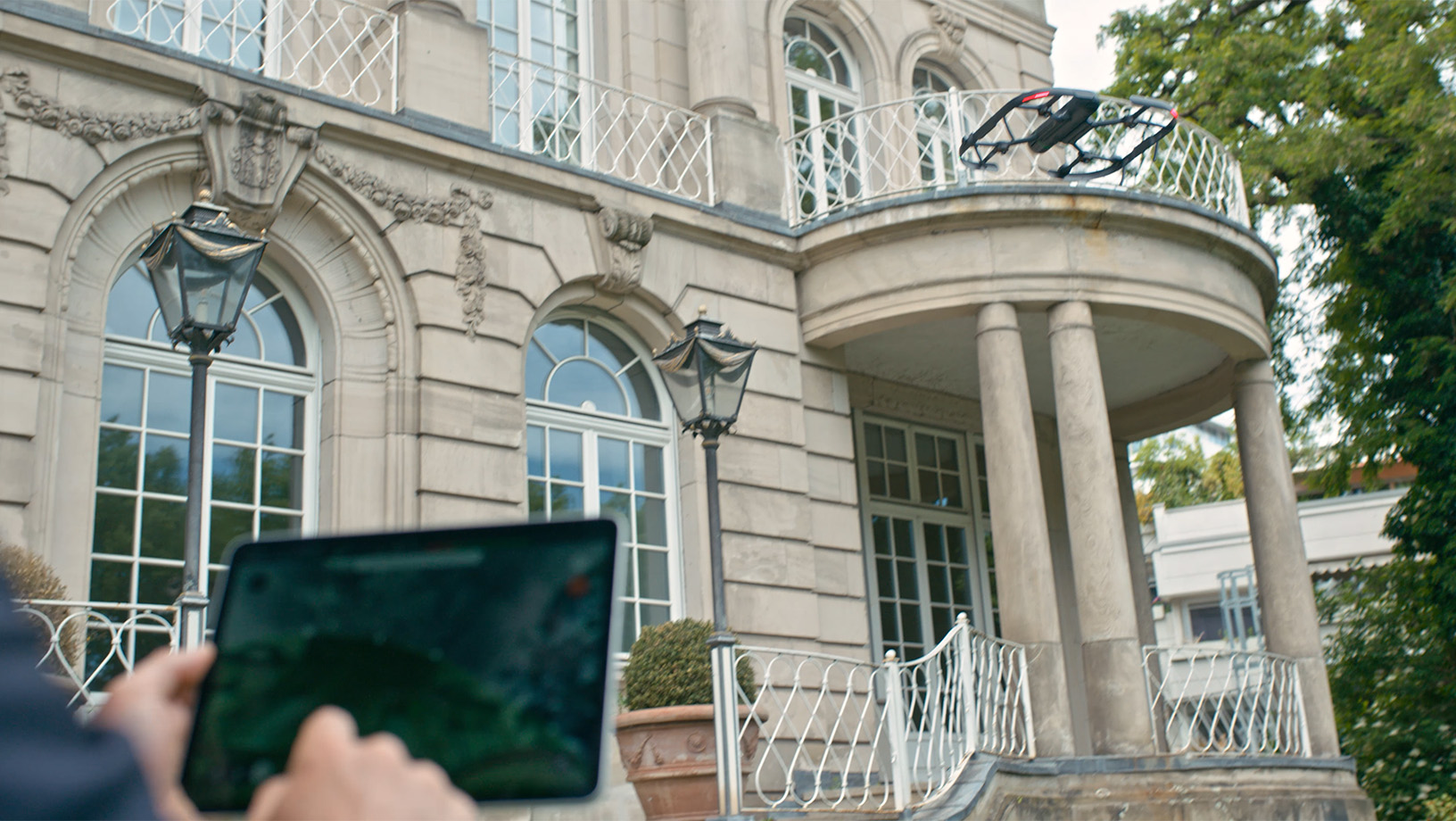 The Villa Boisserée was built in 1901 by the Sulpiz Boisserée family and is located in Cologne, Germany. It has had multiple reworks since, with the last one in 2001. With a total usable area of 1,435 square metres (m2) on four floors and a plot area of 2,000 m2, there were many detailed features to be scanned. Such old buildings require thorough planning if reworks are being made, to preserve their historical value and beauty of a bygone era.

For carefully carried out reworks, it is essential to know the current situation of the architectural substance of the building and how to include that in the planning process. Jan-André Meyer Architects were asked to scan the entire building and the surroundings to create a digital twin and floorplans. With their previous experiences with the BLK2GO for other projects, they chose the same hardware solution for the interior and the BLK2FLY to capture the exterior.

“With BLK2GO and BLK2FLY, we could capture the entire building in minutes. Combined with the Cyclone Register 360 software, the captured point clouds could be processed to create the 2D and 3D deliverables required to plan future reworks more precisely and preserve the building,” said Meyer.


Capturing the intricate details of a historic building 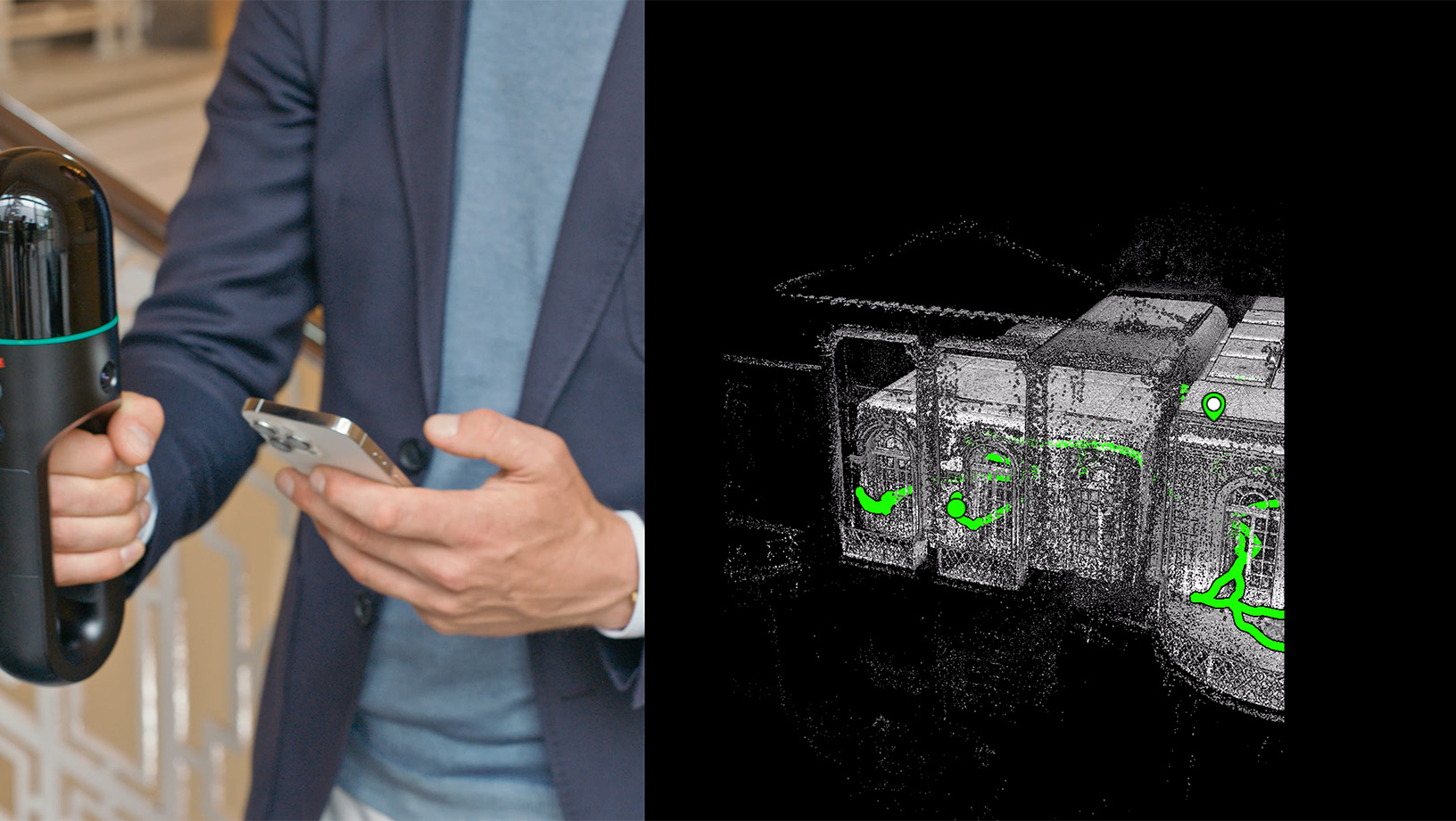 Upon entering the Villa, you are in a beautiful and lavishly designed, largely marble, vaulted entrance that leads to the core of the building, the spacious hall extending over two floors with a main marble staircase. The mezzanine offers a ladies’ or dining salon and various offices and conference rooms with a more modern touch. Most of the original details are still visible, making it more challenging and interesting to plan reworks.

Meyer used the BLK2GO and BLK2FLY to meet the project requirements and create accurate 2D and 3D deliverables of the Villa Boisserée. The interior of the building was captured with the BLK2GO, enabling him to scan every part, even the small spaces, by walking through the Villa. The 420,000 points per second measurement rate is high enough to capture the intricate details of the building’s features accurately.

For the exterior of the building, BLK2FLY came into play, allowing Meyer to scan the villa, façade, and surrounding plot area of 2,000 m2 quickly.

“Planning the exterior scan was speedily done with the mobile app and then autonomously scanned by the BLK2FLY. Where more detailed scans were needed, I could just fly the BLK2FLY manually over that area and scan it again for a higher resolution,” said Meyer.

Within minutes and with only a few flights, the villa and surroundings were scanned, saving Meyer time compared to traditional methods. 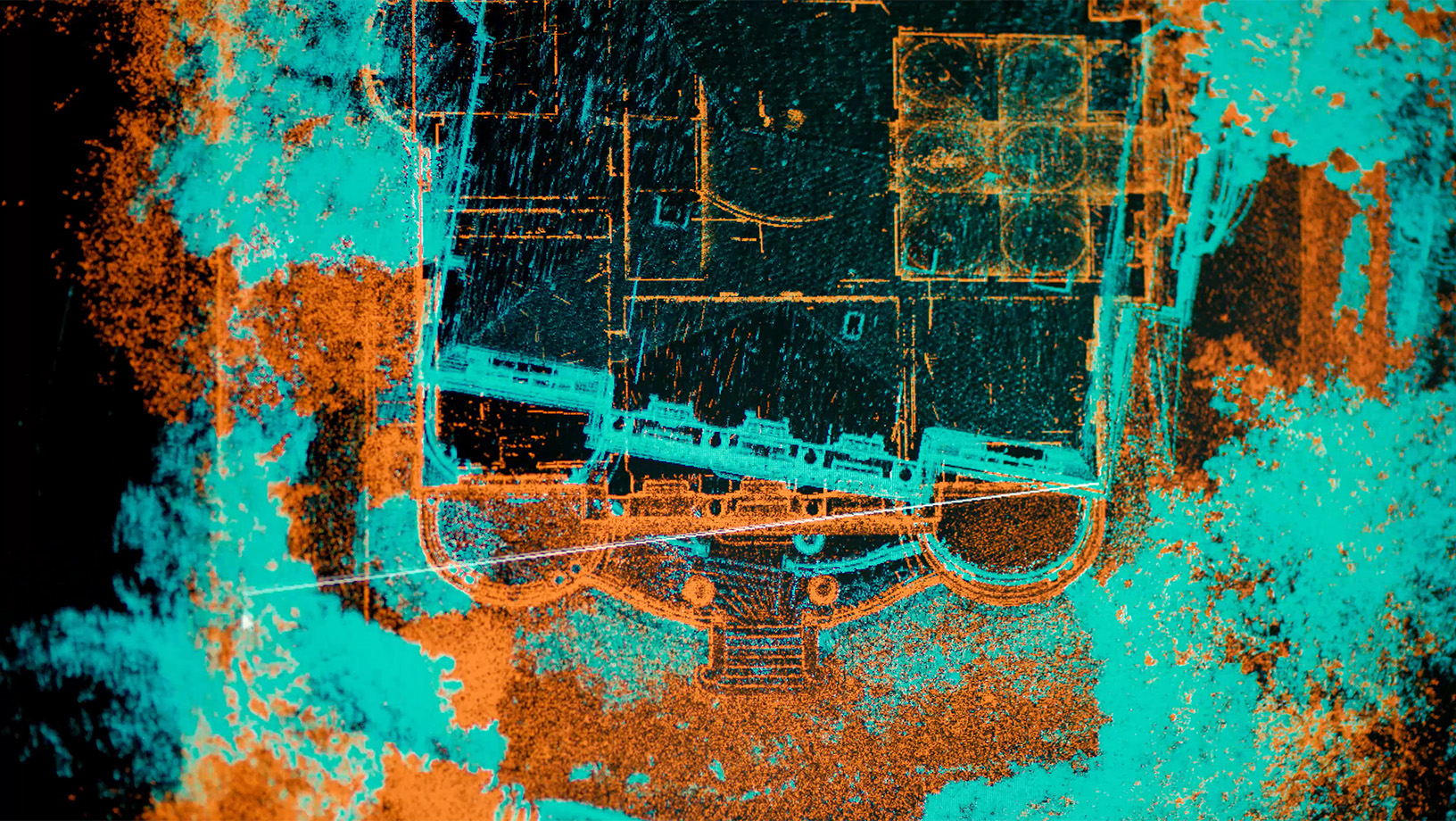 With the scanning completed, Meyer was able to take the captured data and process it to create the required deliverables. Using the BLK version of Cyclone Register 360, the scans of the BLK2GO and BLK2FLY were uploaded and combined to create one point cloud of the entire Villa Boisserée. Based on that, the 2D floorplans and 3D model were created and exported in the correct format for their client. 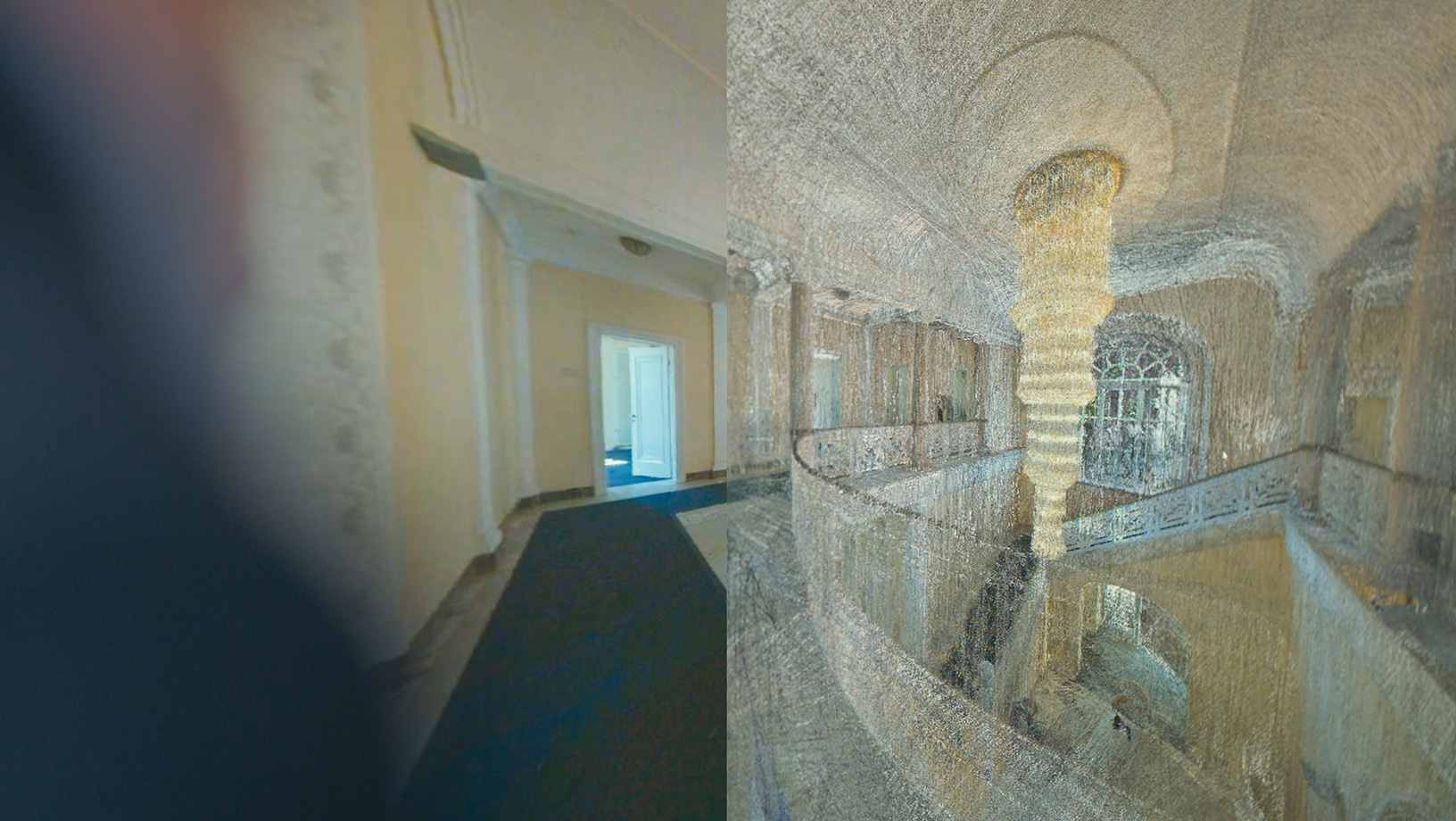 Planning future reworks has become easier to calculate and design with such detailed scans that can be shared with the contractor. These allow them to know exactly what the villa looks like without having to visit the site to take measurements or pictures of the details they need to work with or around.

Looking back at the project, Meyer says: “With a good Scan-to-Plan workflow, it becomes simpler for everyone involved to use the captured data to increase the accuracy and efficiency of future reworks that need to be done. This helps preserve the original details and features of the Villa Boisserée.”