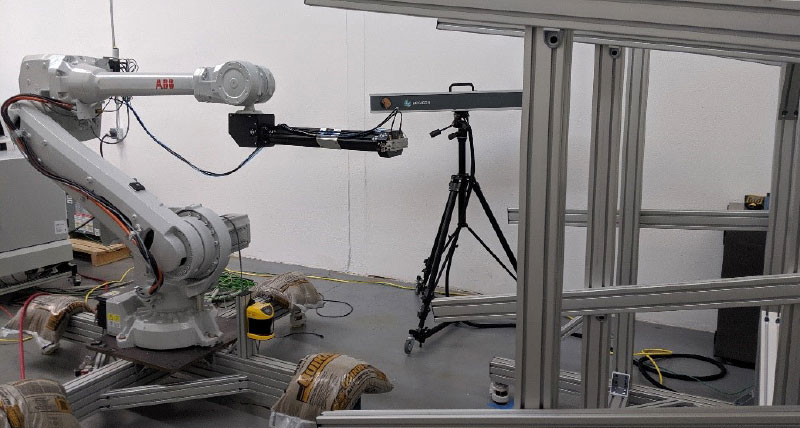 Based in Pasadena, California, Sunvapor Inc. is a project and technology development company that delivers solutions for difficult-to-decarbonise challenges at the water-energy-food nexus. Sunvapor is pioneering the deployment of solar steam for industrial process heating, with commercial plants under development for biofuels distillation and food pasteurisation. Faced with the challenge of automating parabolic collector assembly, Sunvapor found a solution in Hexagon’s MoveInspect XR8 photogrammetry system.

Sunvapor invented SCEPTRETM, a zero-emissions desalination process for inland brackish water. Sunvapor has received $7 million in awards from the US Department of Energy for innovations in thermal energy storage, collector design and automated manufacturing. “The industrial sector is second only to transportation in greenhouse gas emissions. With a substantial portion of industrial emissions arising from fossil fuel combustion to produce process steam, there is an unmet need to decarbonise steam generation to help avoid climate catastrophe,” according to Sunvapor Chief Executive Officer Philip Gleckman.

High-performance parabolic collectors require that their mirror panels are aligned to better than one millimetre over their spaceframe support structure, which is the size of two double-decker buses. Out-of-tolerance mirror positions lead to reflected light missing the receiver that captures the energy. Today, assembling parabolic collectors involves the assembly and use of large alignment jigs. The commissioning of the jigs themselves takes weeks, and normally requires the construction of a large concrete slab and assembly building for each project site.

Use of the jigs to align mirrors is also labour-intensive. Collector assembly labour represents over ten percent of a typical project cost, creating an opportunity for automation. Automation of this critical alignment process is beyond the state-of-the-art. Under Small Business Innovation Research (SBIR) Award DE-SC0018762 from the US Department of Energy, Sunvapor Inc. demonstrated a method of solving this problem using real-time photogrammetry and successfully completed its Factory Acceptance Test milestone.

Sunvapor’s Virtual Jig concept seeks to substitute the jigs, concrete slab, building and labour with a robot on a moveable platform, fitted with an End-of-Arm-Tool (EOAT) and capable of sub-millimetre mirror fastening accuracy. But a robot on a movable platform is blind without largescale dimensional metrology, which it relies on to mount the mirror brackets to ideal datum positions that define the parabolic surface.

Sunvapor investigated several types of large-scale optical metrology technologies, including laser tracker systems and real-time photogrammetry solutions. Sunvapor found through outdoor testing that photogrammetry offered the ideal robustness in both target acquisition and tracking. Crucial to proving the feasibility of its suitability for outdoor use, Sunvapor demonstrated the ability of Hexagon’s MoveInspect XR8 to repeatably measure the location of targets to submillimetre accuracy over the 12-by-6-by-2-metre optical assembly volume in the presence of ambient sunlight.

The main image shows the outdoor setup used to verify the repeatability of the measurement of the adaptor’s position relative to the spaceframe. Sunvapor also verified that MoveInspect XR8’s environmental specifications were sufficient for the application. “While laser trackers have been integrated with industrial robots to perform submillimetre positioning operations, Sunvapor is the first company to integrate real-time photogrammetry with an industrial robot,” says Gleckman. Sunvapor designed a Factory Acceptance Test of the integrated MoveInspect XR8-guided robotic system. The main objective of the test was to show that the Virtual Jig could repeatably position surrogate mirror
brackets to a surrogate spaceframe indoors within a 1 millimetre tolerance.

The robot positioning in the test is controlled by a Move-Measure-Correct algorithm. According to this algorithm, the robot’s EOAT (End of Arm Tooling), designed by Sunvapor, is tracked by the MoveInspect XR8, which attaches a surrogate bracket to a target position constructed by the XR8 on the surrogate frame. The surrogate frame was designed to represent the geometric complexity of the actual frame.

Repeatability measurements included movements of the robot platform relative to the frame. A photograph of the Factory Acceptance Test is included for reference. The EOAT attached to the robot is guided by the XR8 seen in the background to deliver the payload (a surrogate bracket) to the target position on the surrogate frame seen on the right.
The robot platform position was changed in between each sample of ten bracket positioning trials. The standard deviation of the error for a total of thirty trials was 180 microns. The Factory Acceptance Test, which had a goal of less than 1 millimetre standard deviation, was therefore successful. A video of the process can be
found at www.sunvapor.net.
With the help of Hexagon’s MoveInspect XR8, Sunvapor has successfully demonstrated in a factory environment the integration of a large industrial robot guided only by real-time photogrammetry to achieve fully automated manipulations at the sub-millimetre accuracy level. The platform is expected to perform with comparable accuracy in an outdoor environment, based on previous tests of the repeatability of the XR8 in ambient sunlight and the dynamic response of the robot. Sunvapor sees the potential for extending the hardware-software platform they have developed to many other applications that demand the performance of accurate automated tasks over large working volumes that a stationary robot cannot reach, including automation’s new frontier: outdoor construction and maintenance.