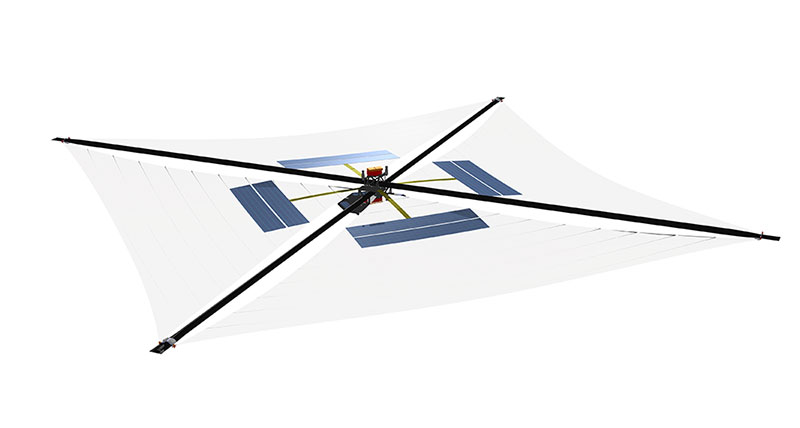 A huge solar sail unfolds in space and drives a satellite that explores the solar system. So-called solar sailing is not a vision for the future, but may soon be reality in space exploration. The institutes of the German Aerospace Center (DLR) in Braunschweig and Bremen are working together with the European Space Agency ESA and the Technical University of Braunschweig on the so-called Gossamer Project. The researchers want to prove that solar sailing is operational. The masts of the sail, the so-called booms, are being checked for their resilience with AICON's 3D coordinate measuring machine MoveInspect HR.

The booms are made of carbon fiber reinforced plastic (CFRP) which has the qualities of being very light and at the same time extremely stiff. The masts are currently being produced in single pieces with lengths from 2.8 m to 14 m and weighing no more than 70 grams per meter. The diameters range from 30 to 150 mm depending on type of boom. They are composed of two long omega-shaped half-shells and can be rolled up for transport. Thanks to a special mechanism, the solar sails and the booms unfold automatically. 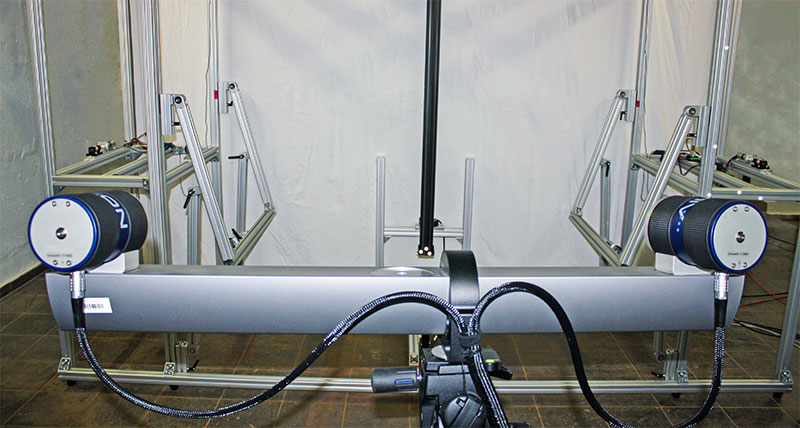 How tightly can the sails be tensioned without bending the booms? The DLR Institute for Fiber Composite Lightweight Construction and Adaptronics is addressing this question. So far answers have been inadequate because the measuring system used was complicated and delivered inaccurate data.

Since March 2014 the DLR has been using a MoveInspect HR for deformation measurement. MoveInspect HR is a camera-based measuring system with one or more high-resolution digital cameras on a tripod or bar. The system simultaneously captures an unlimited number of measuring points and is therefore able to record the overall situation. The measurement is carried out in high-frequency; the entire movement is recorded as a 3D video.

The boom to be measured is clamped in a test rig that is equipped with traction motors. The measuring points are located at the foot of the boom. Two digital cameras are focused to the boom mounted in a frame. The traction motors are activated and pull the lower end of the boom sideways. Depending on the size of the mast, the maximum displacement distance is between 0.3 m and 1.5 m.

MoveInspect is electronically synchronized with the traction motors and other sensors; strength, deformation and time are recorded simultaneously. The measured coordinates are automatically transferred to the evaluation program and the relationship between force and deformation is analyzed. The result is displayed in the form of charts or spreadsheets. 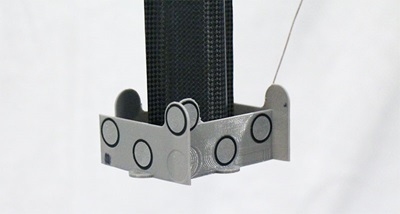 A complete measurement takes only about 2 minutes – a huge time advantage over laser-based or purely tactile measuring systems. Laser systems can only measure a single point in one direction. The laser must be pulsed several times to include all the relevant points. This does not only make the measurement of the deformation time-consuming, but also inaccurate. MoveInspect, on the other hand, is able to record any number of points at the same time. This ensures the reliable and accurate 3D capture of dynamic and static operations in a single measurement and in all directions. Thanks to the optical measuring principle, large displacements can be measured without extra effort. The non-contact measuring principle is also paramount for accurate measurement of such filigree structures, as tactile measuring systems can influence the ultra-light structure during the measuring process. 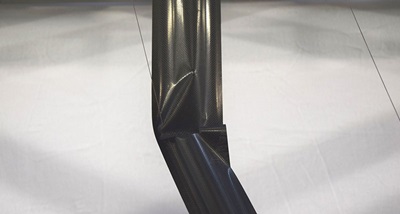 Solar sailing is a form of spacecraft propulsion that has been in development for decades as an alternative to traditional propulsion technologies. The propulsion is achieved through use of the photon pulse of the sun – this "solar pressure" is about a thousand times greater than the pressure of the solar wind. The attractiveness of solar sail propulsion lies in the fact that it requires no fuel; the driving force is therefore endless.

So far there have been only two non-European attempts to demonstrate the feasibility of solar sailing: a mere deployment experiment in low-Earth orbit, and a solar sail that was able to maneuver independently but could not sail. The German Aerospace Center (DLR) and the European Space Agency (ESA) have therefore decided to carry out collective projects with ultra-light, deployable space structures. Several demonstration flights that deploy such structures in various sizes in the Earth orbit will be carried out over the next few years. These flights will enable the deployable, ultra lightweight aerospace structures of the DLR to become qualified and later used for commercial and scientific missions. 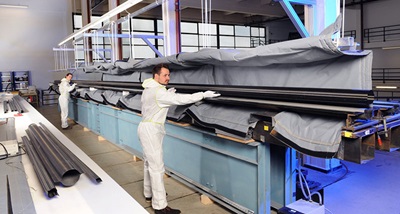 The  DLR Institute for Fiber Composite Lightweight Construction and Adaptronics bridges the gap between fundamental research and industrial application. Its tasks: improving cost efficiency, reducing weight, enhancing functionality and environmental compatibility as well as increased convenience thanks to adaptable, tolerant and efficiently manufactured lightweight structures. The Institute is a partner for industry stakeholders, universities, the German Research Foundation (DFG), research institutes, ministries and regulatory authorities in the field of air and space and beyond. Questions about stability, strength, thermal analysis and manufacturability are answered by researchers using unique experimental and production facilities such as acoustic laboratories, the DLR Space Structures Lab @ UNI – their space outpost at the university – as well as Europe's largest research autoclave at the DLR outpost in Stade.

The MoveInspect measuring system fits perfectly in this landscape of testing facilities. Martin Zander supervises the MoveInspect measurements at the DLR and is highly satisfied: "The work with MoveInspect HR saves us a lot of time and opens up new opportunities. We can now perform all measurements in just one single set-up. Initially we worked with a laser system, but this is no longer able to satisfy our complex measuring tasks. MoveInspect HR is perfectly suited for our current measurement project. The system is also flexible, so  in future we will also use it at our other locations."


We would like to thank the German Aerospace Center for their friendly support and the provision of the images. 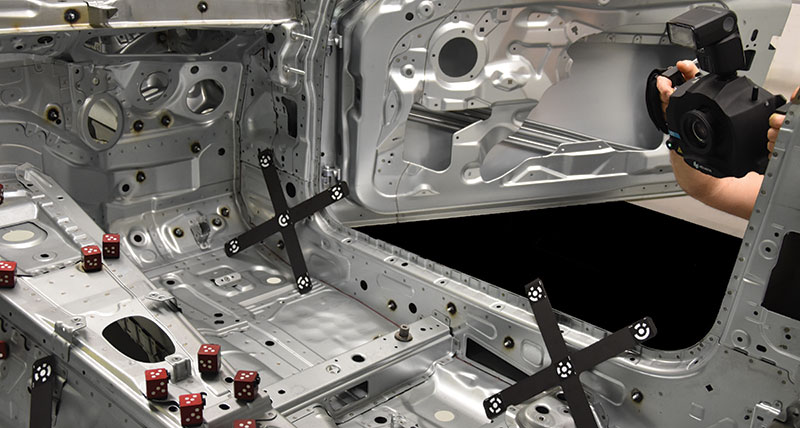 MoveInspect Technology bundles portable CMMs that work with digital cameras for data collection. They capture objects from a few millimeters up to many meters in size.