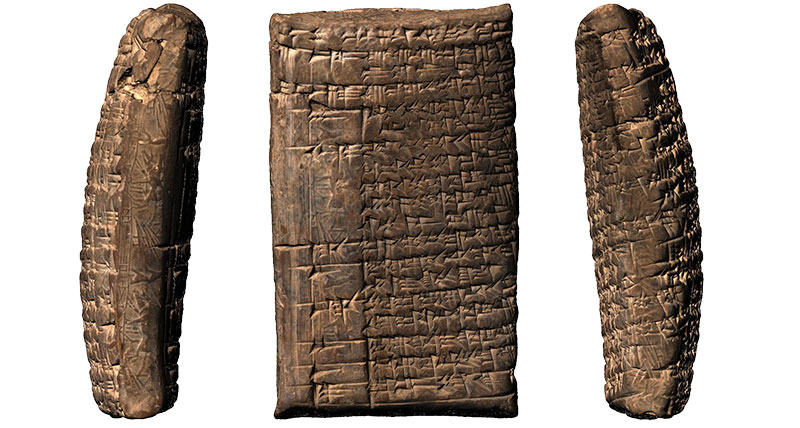 In 1925, the German-American Professor Hermann Vollrath Hilprecht (1859-1925) donated his collection of ancient oriental artifacts to the Friedrich Schiller University of Jena, Germany. 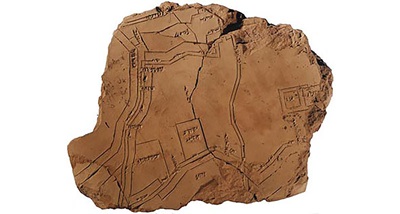 The professor who took part in numerous excavations, for example in the city of Nippur, one of the most significant cities of ancient Mesopotamia, did so in memory of his late wife who passed away in Jena in 1902. Hilprecht‘s legacy comprises a total of 3,300 cuneiform tablets originating from Mesopotamia. The most well known object of this collection is the city map of Nippur, the oldest known map to date, going back to the middle of the 2nd century B.C. 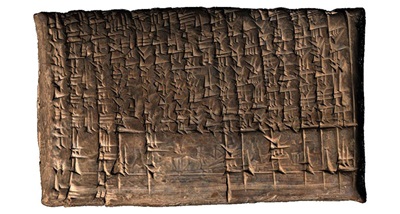 “Afterwards, the generated 3D data can even be used as basis to create true to detail replica casts of the scanned objects.“

Due to their age and history, the discovered tablets are often damaged and difficult to decipher. In order to protect these historical findings and to make the widely available for scientists, the tablets were digitised with the help of a 3D scanner. This way, the cuneiform can be analysed without the researcher having to hold the object in his hand or even having to travel to its actual location. Furthermore, once there are enough threedimensionally scanned tablet on hand, a platform is given to compare different tablets and their characteristics. 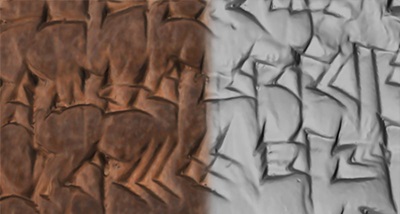 To perform the highly precise and yet fast digitisation of the cuneiform script tablets, the ancient oriental studies scientists in Jena are using the AICON SmartScan of the Max Planck Institute for the History of Science. Thanks to its modular configuration using black-and-white or color cameras in varying resolutions and settings, the AICON SmartScan which is operating on the basis of the white-light fringe projection technique, can be swiftly and precisely adjusted to any specific client or project requirements.

The ancient oriental studies scientists in Jena are working with the SmartScan fitted with two 5 megapixel colour cameras at a measuring field of 100 x 75 mm. Allowing individual scans to be aligned fully automatically, the system is operated in combination with a turntable. A cuneiform script tablet positioned flat on the turntable is captured with six scanning recordings each of its front and back sides; these captures are then complimented by two additional scans of the tablet’s front and back sides at a head-on sensor direction.

Provided the tablets are reasonably well preserved, these 14 scans and a time frame of 20 minutes are sufficient to generate a complete 3D data set. Following the completion of a subsequent post-processing process in which the individual scans are being ‘cleaned’ and merged into a complete polygon mesh, the cuneiform script tablets are then exported for further processing in the standard formats STL, PLY or VRML.

Using the contact-free 3D metrology technique of the AICON SmartScan the cuneiform script tablets are easily and swiftly captured at a very high level of precision. The generated data sets can be made available in a very clear and illustrative way to a broad circle of scientists for comprehensive studies and interpretations. 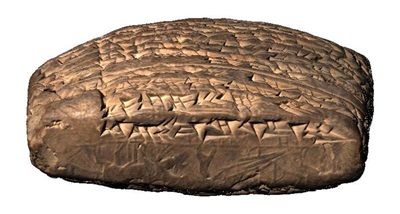 Professor Dr. Krebernik of the Faculty of Ancient Oriental Studies in Jena points out the very diverse requirements of this type of work: “The clay tables are characterised by a pronounced spatial structure, many of them are inscribed on both sides or exist in individual fragments.“ Thanks to the possibility of 3D imaging, all these aspects and features can be represented and archived in the form of 3D scans. “Afterwards, the generated 3D data can even be used as basis to create true to detail replica casts of the scanned objects“, Prof. Dr. Krebernik explains further.

We would like to thank the members of staff at the Max Planck Institute for the History of Science Berlin as well as the ‘Booster Club Ancient Oriental Studies and Hilprecht Collection Jena, registered society’ for their kind support in providing the material and pictures used to compile this application report.