How to start serial production safely 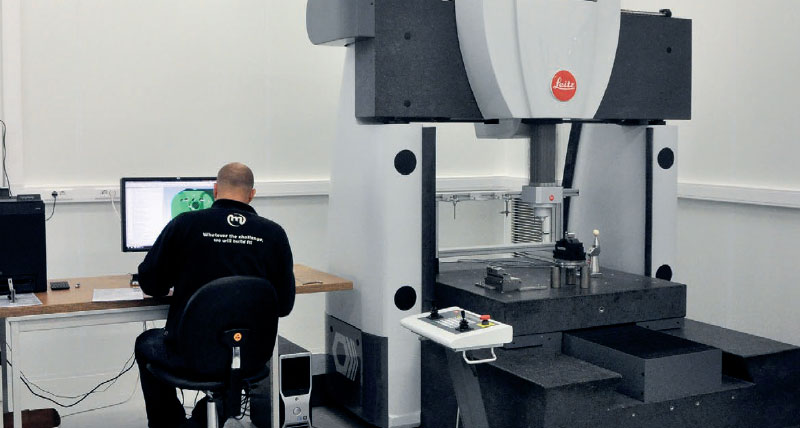 For the companies in the Eindhoven region in Holland it goes without saying that they have their own clean room. That also applies to Mevi, a company specialising in processes, prototype and test series. For its quality assurance, the family-owned company swears by its Leitz PMM-C 8.10.6 made by Hexagon Metrology.

Mevi is a think tank and factory in the classic sense. The company sells ideas of how to improve processes or design processes from first principles. And produces high-precision mechanical parts. At the Helmond facility – one of the group‘s three locations – these are prototypes and test series. Various types of lathes, milling, grinding and erosion machines run here at full throttle. The concentration during the clean room production is tangible - the engineers are completely absorbed.

Mevi is the testing ground for the region‘s large players: new components for ASML‘s lithography systems are developed here and produced as test parts. Manufacturers of photocopiers, solar systems, vehicles and electronic equipment also rely on Mevi‘s creativity and competence


Passing the test of practical application

With prototypes and test series the performance of 100% controls and appropriate reporting are a must. For Mevi this is the only way to ensure that the underlying production process is suitable for practical application. The figures show how important that is: for example the investment required for a lithography system can easily reach eight-digit euro figures. Each individual component has to reliably fulfil its function - if not, Mevi has to face a large loss.

General Director J. C. M. Colen is well aware of the high level of quality his customers expect: „We are committed to fulfilling our customer orders to a very high standard. Many of our customers all over the world use the parts developed by us in serial production. That means that the production process has to be right. And for us it means that our development work has to fulfil strict quality criteria. The Leitz PMM-C system is our guarantee that our measurements are correct and the process developed by us functions reliably.“

Sooner or later all parts make their way through the measuring room. Parts with form and position tolerances in the one hundredth micrometer range are measured using the Leitz PMM-C. The machine‘s specification states: its accuracy is 0.6 + L/800 micrometer.Accuracy was a critical point for Mevi when it was considering new measuring equipment. What was the development behind this? Colen: „We used to be tool makers. But now we have evolved into a specialist for high-end engineering and high-precision production. This development meant that both the accuracy aspect of our production machines and of our quality assurance had to be cranked up a notch.“


The system is right

The requirements were clear: the company needed a high-precision stationary coordinate measuring machine with easy-to-use software which could deliver reproducible results. The 3D-coordinate measuring machine used by Mevi up until then was at its limits. The answer came when the company visited Hexagon Metrology at a trade fair. „We then asked that some of our parts were measured as a test and found out that we could not achieve the same accuracy and reliability with any other machine“, confirmed Colen. What also appeals to the Managing Director is the tried-and-tested construction of the system, which is based on a measuring table consisting entirely of granite and cast iron.

The LSP-S2 tactile High-Speed-Scanning sensor makes contact with the parts. The measured data are transferred to the PC-DMIS measuring software and compared with the CAD model or other reference models. The PC-DMIS software was also new for Mevi. Following a learning phase, the metrology technicians are now quite familiar with PC-DMIS and find that programming and measuring is now easier than with the software they used before. With a complete package consisting of a high-precision measuring machine, sensor and software, Mevi has laid the foundations for a successful series production start for its customers.