Phased by complexity and deadlines? Not with Cabinet Vision and Alphacam 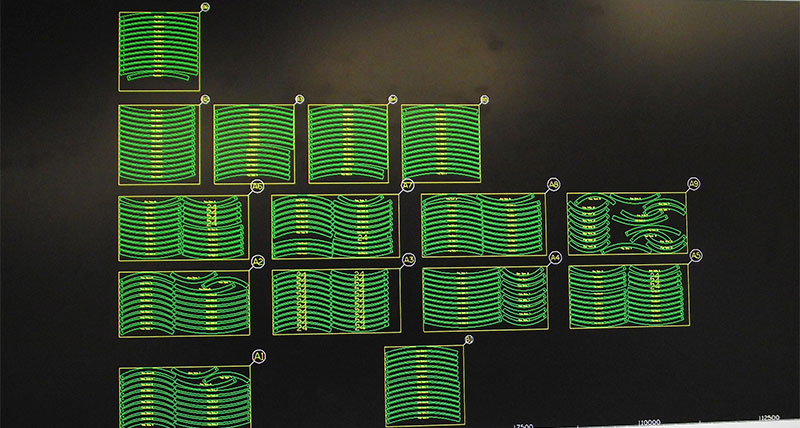 A joinery company wasn’t phased when an order required in three weeks’ time was suddenly doubled.

“We’d recently commissioned a new Anderson Spectra 510 and invested in Cabinet Vision,” says Sam Haxby, a partner at the business started by his grandfather more than 50 years ago. “We were confident we’d get the order out by designing everything in Cabinet Vision, and using its powerful Screen-To-Machine Centre to send NC code to the machine tool.”

The job was completed and despatched within the deadline, and he says it’s likely that the software paid for itself with that task alone. “We couldn’t have got it out without Cabinet Vision. The benefits of the package were immediate, and, along with our other CAD/CAM software, Alphacam, it makes a major contribution to our bottom line.”

BA Haxby (Barnsley) Ltd focuses on bespoke shopfitting contracts, and some heritage work such as sliding sash windows.  Alphacam Advanced Router had a major impact on a heritage job – reducing work that would otherwise have taken them around 50 hours, down to just 16 hours. “The client needed a fanlight frame above a door. We originally planned to produce each curved and straight bar individually, but Alphacam made it easy to machine it in one piece.” 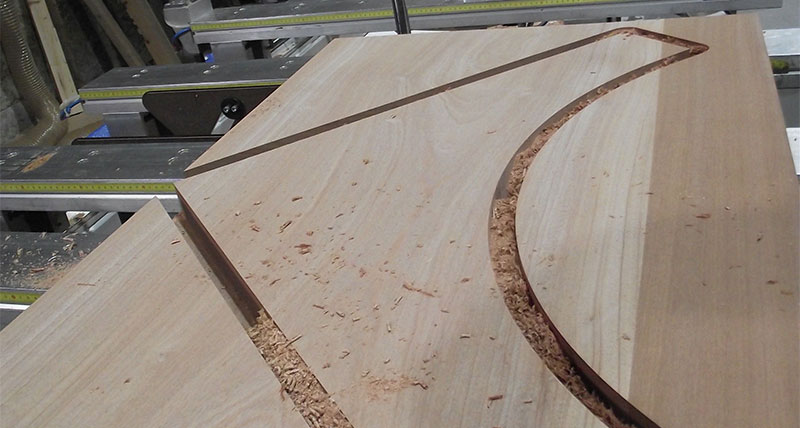 Cabinet Vision is used mainly for designing and manufacturing components for their bespoke restaurant and shop products, such as cupboards and laminated shelves, many of which, he says, can be completed in an hour.

Waiter-points – where cutlery and serviettes are stored – are the mainstay of their restaurant work, and Sam Haxby says every component for them goes through Cabinet Vision. “As soon as we know we need to produce any type of cabinet or cupboard we turn to Cabinet Vision. It’s vital that all the parts coming off our CNC machine tools assemble together with no issue. If we get the designs, stops and tool diameters right when we input everything, we know that everything created in Cabinet Vision will be faithfully reproduced on the CNC machine. It easily shaves a full day off the time taken to produce one waiter-point.”

While Cabinet Vision’s powerful Screen-To-Machine module mainly drives the Anderson for nesting – with Alphacam programming their older Busellato to cut timber – both software packages can drive either machine, which he says is vital to manage their variety of work in an effective and cost-effective way.

Before installing Cabinet Vision, Sam Haxby provided drawings to the shop floor, and they produced cutting lists from them. “In the early days of Cabinet Vision it quickly became obvious how nesting would transform our business, even though we didn’t have the flat bed machine and were nesting on the Busellato. That wasn’t ideal, as we were having to nest on the pods, and there wasn’t enough suction to pull the sheet through. So we had to nest it, take it off, trim it, and put it back on to finish the cutting. And while that was better than before, when we got the Spectra the difference was more noticeable.”

It also means they have been able to take on work they couldn’t have done before. For example, he cites a case where a customer contacted him with an order for delivery that same day. “They needed two 600 mm square bar cupboards that were a metre in height. That would have been impossible with just a dimension saw, even if we’d had an employee free to work on it immediately, as each would have taken around six hours. With Cabinet Vision both were done during the morning.”

And Alphacam makes complex ceiling rafts child’s play. “We had a job at a restaurant at Heathrow Airport, featuring 12 different circles, where the drawings came in as a PDF. I’d normally expect a dxf or dwg file, but in this case I drew a series of radiuses from scratch in Alphacam and joined the geometries together. I drew each circle to the correct radius and offset it. Then I just needed to ensure the outside radius fitted the sheets we were using. It took a couple of hours to come up with 12 different pieces that were a repeating pattern…Alphacam makes it so easy to break each raft down into individual components and then edit those components to the required size.”

Once the toolpaths were created, he says nesting the rafts took around 30 seconds on nine 8’ x 4’ and six 5’ x 5’ sheets, followed by tool selection. “Everything was saved onto one program, which took the operator around a day to run.”

He also says Alphacam meant they could work on another ceiling raft where the original contractor did not have the technology to do it. “There was a shallow groove between each panel, and detailed curves around the corners. Also, one 4’ x 4’ panel contained a complex series of 1,350 holes. No problem with Alphacam.”

In conclusion, Sam Haxby recalls that early job with Cabinet Vision, where the number of display cabinets for a wine shop was suddenly doubled. “We’d priced it at £25,000 and everything was ready…but when the drawings came in, it was for £50,000 worth of work.”

He says four different types of Oak lipped, polished, cabinets were required, either as singles or repeated into doubles. “It took me a day to set them all out, as I was quite slow then…we’d only just commissioned the Anderson Spectra, and hadn’t used Cabinet Vision much. But when we came to create the NC code with Screen-To-Machine, the nesting process literally took about a minute.  That was on the Friday – we got the 60 sheets of MDF that we needed on the Monday and every component was fully machined by the following Friday, just working one shift. And that included slotting in a couple of smaller, urgent, jobs.

“There’s no way we could have done that without Cabinet Vision. It showed us how important the software was going to be to our business, right from the start. Cabinet Vision, Screen-To-Machine and Alphacam are vital and integral elements of our process now. They increase our capacity by getting products out of the door much quicker, and make a major contribution to our bottom line.”

See how companies like yours are working with Hexagon Manufacturing Intelligence.
View now