The Black Forest Here Precision is a Tradition 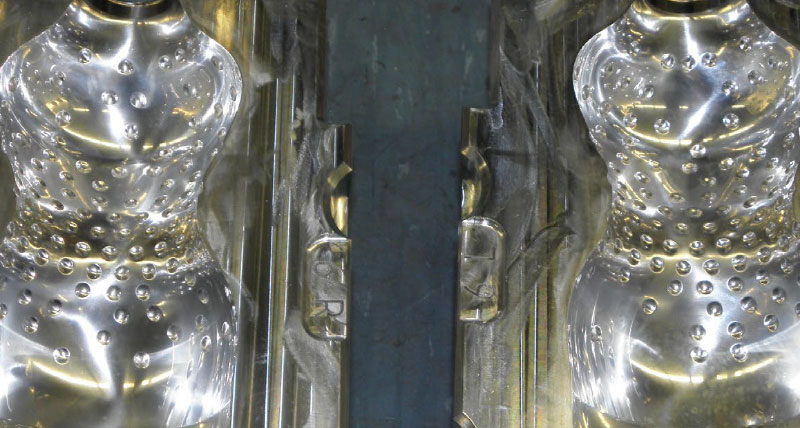 The unmistakable style of its half-timbered houses, mills, wines, and smoked ham. These are but a few of the best known traditions of the Black Forest, Germany’s “green lung” between the Rhine and Danube rivers that borders on France and Switzerland. Yet, there is another less known tradition here in this south-western part of Germany: accuracy. Already in the 18th century, the famous “Black Forest Clocks” were sold throughout Europe and all the way to Turkey. Clocks and parts, springs and gramophones – technical products that have been replaced by electronics today, but which did give to the now renewed industrial enterprises a sense for measuring and precision.

Gerd Weißer went a step further – the sense for measuring and precision are the mission of his company, Messtronik Weißer, where one can have all kinds of parts measured. The smallest part can be in the range of millimeters, the largest – a large engine or an aerospace part – can be 6 meters long. His customers are suppliers and manufacturers from such sectors as the automobile industry, the aerospace industry, model making and tool manufacture, the engineering industry, injection moulding, microelectronics, energy systems and medical technology.

About 80% are targeted directly and indirectly for the automobile industry. Many customers come from nearby, but today many also come from all over Germany and the neighboring countries Austria and Switzerland. The company was established in 1983 on the basis of the founder’s experience as head of quality assurance and as a result of his simple but far-sighted intuition: he asked himself why it was possible to outsource milling and turning work, but why there was no service company for measuring tasks. Gert Weißer’s step was real pioneer work. Despite the difficulties encountered at the beginning and problems in the market, the company celebrated its 20th anniversary last year. His first measuring machine was a Leitz PMM 866, which he purchased 21 years ago thanks to a government loan and the trust Leitz placed in him, namely the possibility to return the machine if his business did not get off the ground.

This PMM is still in active use, still accurate and, naturally, still in Gert Weißer’s plant - or rather in the new plant, where the company moved in 1989 in order to have adequate room for its 16 employees and numerous new measuring machines and instruments - also state-of-the-art optical systems. Above and beyond its core competence in first-sample testing and series testing up to a length of 6000 mm, Messtronik offers many other services:

Jörg Weißer, one of the two sons of the company’s founder, particularly points out an original system for volume scanning parts with complex inner structures such as, for example, the plastic parts of switches, electric and electronic connectors. The system consists of a vertical milling machine with an integrated high-resolution digital camera that is connected to an image processing system. The part is embedded in special liquid plastic which fills up the entire volume.

Then the part, which is mounted in the hardened plastic, is milled off in very thin layers. After every milling operation, the camera takes a picture of the trimmed part, and the system determines the point cloud describing the profile. The overlaps between the sections result in the volumetric and surface description of the part. This description can be compared with the CAD model, even for models that could not be tested with conventional measuring equipment. Thus, it is a kind of reverse stereo lithography, which allows analyses that would otherwise not be possible.

Let’s return to the measuring machines now. In addition to the first PMM 866, Messtronik uses the following measuring machines: a PMM 12 10 6, a PMM 30 20 10, a PMM-C 700, a REFERENCE 900, two optical systems UMS and UWM, and, finally, a large gantry measuring machine PMM 60 38 25 set on an iron-reinforced, 150-ton foundation block that rests on 14 pneumatic vibration dampers. Every machine guarantees very high measuring accuracy and, consequently, both reference gauges and production parts can be measured in a highly reliable manner. Due to the new large gantry measuring machine, Messtronik can serve a niche market now. However, this niche is growing constantly - measuring large diesel engines, wind plant transmissions, rocket engines, and turbines for hydraulic power and thermoelectric energy.

For Gerd Weißer the future is already here. His measuring machines are ready for today’s and future customers. A cooperation of 20 years with Leitz, which will definitely be continued. The established trust of many customers and the farsightedness he has shown time and again.

For Hexagon Manufacturing Intelligence and Leitz Messtechnik an outstanding showroom of state-of-the-art technology and some of the most significant jewels of our product range.