Audi Toolmaking Steps On The Gas With WorkNC 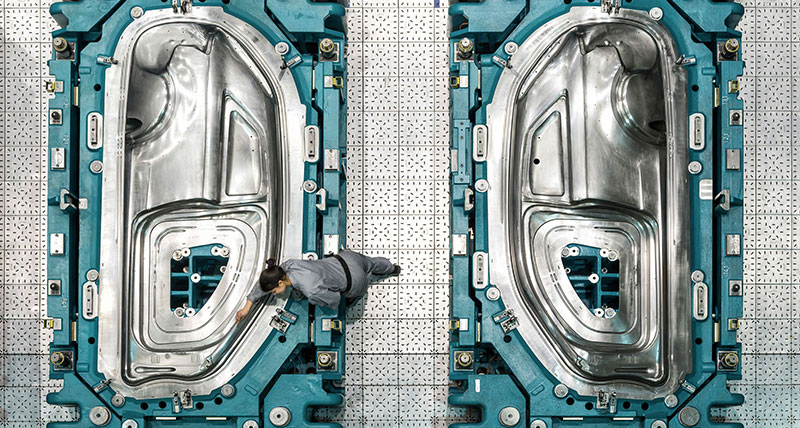 The new WorkNC high feed rate strategy reduces machining time during pre-finishing by up to 30 percent for car-making giant, Audi.

Vero Software GmbH has developed a new WorkNC high feed rate strategy together with the cutting specialists at Audi Toolmaking. Their achievement: Audi has reduced processing times in various pre-finishing pressing tools by up to 30 percent while tool service life has trippled at the same time.

The toolmaking department at Audi AG (officially known since 2017 as the “competence centre for plant equipment and forming technology” or “KCU”) has always been one of the core competences of Audi AG. It is in charge of press tools for components such as vehicle doors, engine bonnets and side panels, as well as plants for building chassis. Driven to deploy external service providers by international competition, the people in charge are constantly on the lookout for innovations to improve processes and results.

One such person who deals with innovations on a daily basis is Markus Brunner, a member of the Machine Technology Management team at the KCU in Ingolstadt. One of his tasks is optimising the toolmaking cutting production in terms of CAD and CAM technology.

“Single-part machining is one of the challenges we are confronted with here, and it gives rise to special requirements,” he explains. “Above all, frequent product changes necessitate high flexibility in machining. Efficient CAM programming is also very important in this regard. 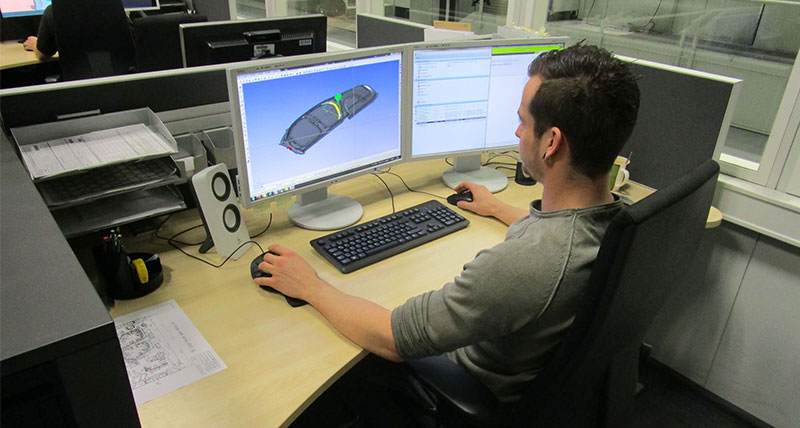 Markus Brunner is primarily occupied with increasing processing quality and throughput times with the use of modern, CAM-programmed machining technologies, thus reducing processing costs. His partner in programming software is Vero Software GmbH, with its WorkNC CAM system, which Audi Toolmaking has been using for many years now. “We continuously use WorkNC from 3 and 3+2 axis to 5-axis simultaneous milling of forming tools, and increasingly 2.5D processing as well,” Markus Brunner explains.

“WorkNC is extremely easy to program and handle, which is especially important in single part machining. It allows us to do the programming for even highly complex parts in a quick and intuitive manner. WorkNC also offers many ways of standardising and automating machining tasks and the programming for them, in spite of single part production.” He also describes the processing strategies which WorkNC offers as “versatile and efficient,” as they make it possible to “program and process every component in a cost-effective manner.”

Vero is constantly refining WorkNC software in order to make milling work even more efficient in the future. For instance, the current release includes a new high-feed strategy which was proposed by the toolmakers at Audi and created in a close and partner-like co-operative effort.

While high-speed cutting (HSC) primarily involves creating high-quality surfaces, high-feed cutting (HFC) provides short processing times in roughing and pre-finishing. Various suppliers have developed special tools with high-feed geometries for this purpose, with cutting edges that have a much larger line of contact with the workpiece than conventional round inserts.

This reduces the radial cutting force load on the mill and the machine spindle so much as to allow significantly higher tooth feeds and increase the metal removal rate many times over. This is especially advantageous for reducing processing time and production costs in roughing and pre-finishing work with intensive cutting.

Before Vero presented its new WorkNC solution, the users found themselves confronted with the following problem when using these tools: Up till then, CAM systems were not able to sufficiently reproduce the new high-feed geometries, which led to an undefined allowance on the component surface. This, in turn, impaired processing reliability in the downstream finishing process.

The new high-feed strategy now factors in deviations in milling tool geometries with irregular cutters. WorkNC thus prevents undefined allowances from appearing on the workpiece. Markus Brunner is enthusiastic about the result: “This new strategy enables us to use milling tools of any contour, even ones with cutters which deviate from a regular geometry such as a sphere or torus. This even allows us to use milling tools which were specifically designed for a defined application case.”

His enthusiasm doesn’t come from nowhere. After all, Brunner and his colleagues were the driving force behind the new development. They also provided machine capacities for testing purposes. For instance, they cut the negative surface offset of a press tool for a car door. Whereas pre-finishing work for the outer door panel used to take three hours and 15 minutes, and the cutting inserts had to be changed three times, processing with the new WorkNC high-feed strategy only took one hour and 42 minutes – without having to change any inserts. The tool used was a 1DP1E high-feed mill from Ingersoll Cutting Tools (WSP type PEMT0502ZCTR-HR, WSP quality IN2505; 65 mm projection length). 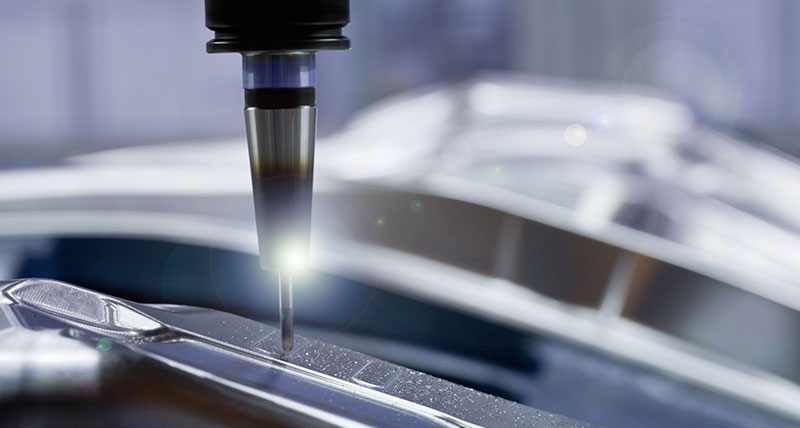 “By using WorkNC’s high-feed strategy and the tools to match, we have reduced processing time in pre-finishing work by up to 30 percent,” says Markus Brunner. The drifting forces are lower than those with round insert cutters, which contributes to longer tool life. Since the main machining forces arise in the Z-direction (i.e. the spindle direction), vibrations are reduced and the tool generally runs more quietly, which has a positive effect on the cutting process.

“The new WorkNC strategy can also be used with negative surface offset, which I believe is not possible with any other CAM supplier at present. In the future, we will definitely be using it with all components in the pre-finishing processing step.”

To the Audi team, the new high-feed strategy is an example of the productive, partnership with Vero and the WorkNC developers. However, their satisfaction extended to a great many other aspects: “WorkNC’s options for subsequently modifying programmed milling paths, such as offsetting and cutting paths, are extremely important to us.” He is also impressed with the short calculation times, thanks to 64 bit and multiprocessor technology, which he says is very important, especially when programming large parts.

“The flexibility of the overall system is also much appreciated. For instance, WorkNC’s post-processors are not encrypted, and can be adjusted by the user at any time. This has enabled us to significantly increase the level of automation in our single-part production over the past few years.” In addition, this allows it to quickly adjust the CAM output to the increasingly complex machine technology, so as to exploit the full potential of the tool machines. 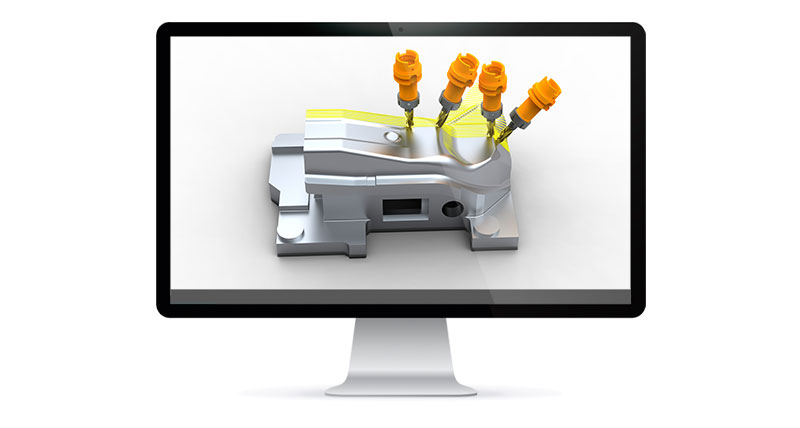