Productivity Has Landed With NCSIMUL 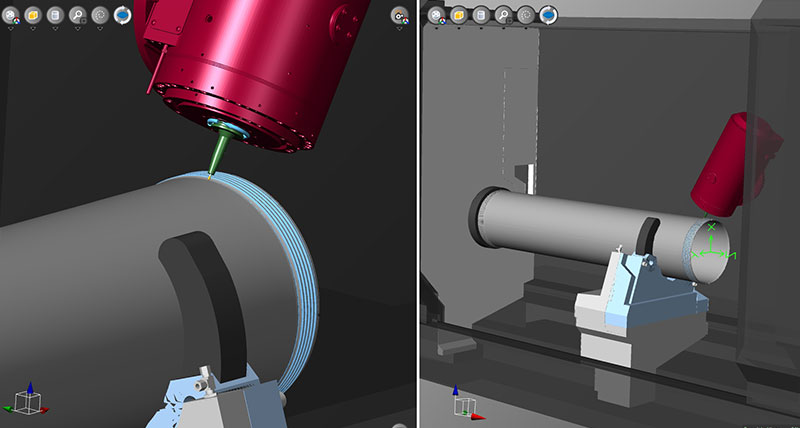 July 2019 marked the 50th anniversary of the first moon landing. Now, space technology and exploration are again coming to the forefront. There are proposed new trips to the moon, and perhaps Mars, along with ongoing research at the International Space Station, and regular launching of communication and defence satellites.

Despite being a strong contributor to new growth in the high-tech field of space technology, a company manufacturing large, space-related components, often resorted to somewhat low-tech ways of checking for potential collisions on their machine tools.

Marton Precision Manufacturing’s 5-axis machinist, Miguel Chavez would frequently dry-run programs, and even climb up into the workshop’s gantry mill to physically check. Even then, he says, he didn’t always discover a problem until the end of the program. “When that happened, I had to make adjustments and begin the dry-run process again. And if the fixtures needed adjusting as well, that meant taking an additional step.”

In addition, they used to buy an extra billet of material in case there was a problem during the actual machining process. “Buying an extra block, just in case, gets expensive, especially if it’s a particularly large part. And, the repeated dry runs were also expensive in term of time. Depending on how long the program was, it might take up to two days to get it running successfully.”

All that changed, though, when they invested in NCSIMUL machine simulation software from Hexagon. This now means he can simulate, verify, optimise and review machine programs, based on the characteristics of the individual parts, cutting tools and the specific CNC machine involved. 3D graphics help him avoid machining crashes, while complex algorithms and embedded process-based knowledge enables cutting conditions to be optimised. “The software reduces time I spend on debugging programs, and eliminates the risk of spindle collisions, tool breakages and scrap, while improving cycle times and process efficiencies.”

One of the largest parts the California-based company produced was on their 5-axis Hwacheon bridge mill. It was a 4.5-metre 7050 aluminium aerospace structural component. “I had it hanging off from one side of the machine while working on the other side, then rotated it 180-degrees to machine the rest of it.”

The first component that he used NCSIMUL to verify the machine G-code for, was on that same machine, with the same metal. “It was a fuel cell cover with several 5-axis features. Now we use it all the time. We can have a program ready within around two hours instead of between 12 and 16 hours. I can have it adjusted. and feel comfortable enough to run it without having to climb up into the machine to have a look. And we no longer have to buy an additional back-up piece of material, so it saves us money there, as well as time, and gives us complete peace of mind.”

Marton Precision now has NCSIMUL packages for eight different CNC machine tools, customised for each machine they are used on. “We have an STL model of the machine from the machine tool builder, which includes control information and other parameters; then we send it to NCSIMUL. They then build the software package according to exactly what we have. NCSIMUL looks at the final G-code that will run the machine, and if there’s an issue with the program I just use the edit mode to make any necessary adjustments.”

Their NCSIMUL Machine module provides machining verification in three steps: it investigates and corrects coding errors; simulates to locate collisions and correct motion errors; and validates the machining result. “As well as the toolpath verification, it also takes the machine’s interior features and tool movement patterns into consideration. With NCSIMUL we know we’re going to get it right first time, every time.”

Miguel Chavez says: “Something new happens here every day. We see the component on paper, get a block of metal, and then see the part complete, in real life. That’s the beauty of machining. And now more moon trips are likely, it’s even better.” 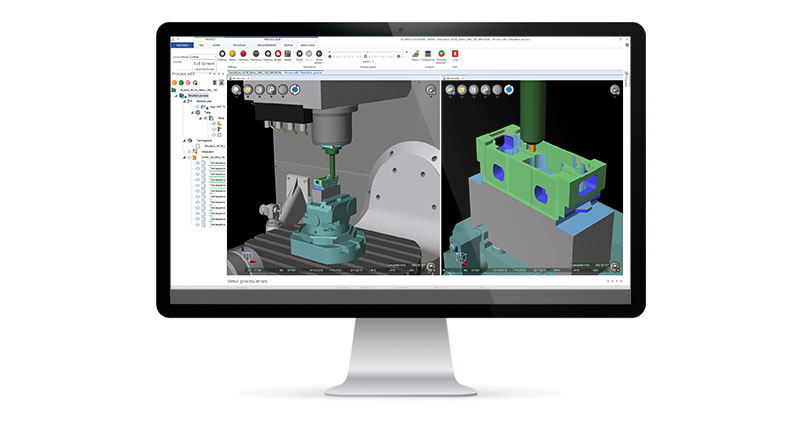