Hyster-Yale designs, engineers, manufactures, markets and services a comprehensive line of lift trucks and aftermarket parts marketed globally primarily under the HysterTM and YaleTM brand names. The group has been building relationships and partnering with customers, suppliers, dealers and employees for over 90 years. The international headquarters of the business is located in Cleveland, Ohio, in the US, but the group has a widespread global presence, with regional product development centres for lift trucks located in the US, China, Italy, the Netherlands, the United Kingdom, India, the Phillipines and Japan.

The Hyster-Yale site in Craigavon in Northern Ireland is responsible for a wide range of direct component production and assembly activities, including the need to assess multiple families of parts, with a percentage received from external suppliers. 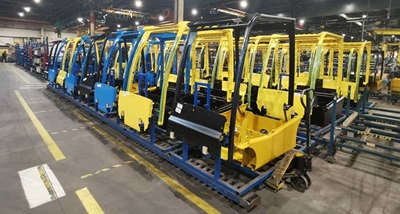 This sort of activity demands a rigorous level of quality control, which falls under the responsibility of John Shaw, Superintendent for the quality department in Craigavon. John has been with Hyster-Yale for almost four decades and has both watched and driven the development of the business’ quality processes, from the days of measurement with vernier calipers, micrometers and tape measures through to the use of more modern devices like full-size CMMs and portable measuring arms.

The quality department acquired its first advanced metrology tool in 1994 when it invested in a DEA CMM unit, which was subsequently upgraded to one of Hexagon’s GLOBAL CMMs in 2005. Since then the department’s needs have developed, with the capacity to move around the large Craigavon site to better support their variety of internal customers demanding a more portable inspection solution. This was particularly necessary as the quality team began to add fixture inspection to their portfolio of duties – fixtures are in a set position and cannot be moved to the quality areas.

John and his team’s first foray into portable measuring arm technology involved purchasing a system from one of Hexagon’s competitors, but this solution didn’t live up to expectations, with the very high cost of ownership cited as a particular reason to move on to a better solution.

The department’s previous experience with the GLOBAL machine from Hexagon meant there was already an established familiarity with Hexagon’s PC-DMIS software solution within the team at Craigavon. After a visit to the Hexagon Precision Centre in Milton Keynes for a hands-on demonstration and the opportunity to put Hexagon’s latest solutions through their paces, John’s team were convinced by the performance of the Absolute Arm 7-Axis and RS5 Laser Scanner. 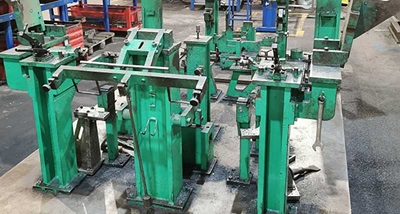 The implementation of scanning across a number of inspection processes progressed very quickly once the system was in place in Craigavon. The team began with measuring a wide range of components and found the increased data they were able to collect with laser scanning has allowed the business to build parts to a higher specification.

The introduction of laser scanning with the Absolute Arm has also been beneficial from a cost saving perspective. Processes that used to take 8 hours to complete with manual methods are now completed in as little as 40 minutes, including programming.

John estimates that the new portable measuring arm system is split about 70/30 between time in the quality room checking manufactured and acquired components and moving around the facility – on the assembly lines for fixtures, in the weld shops, at the cylinder plant or in the product development area. The latter is where reverse engineering work at Hyster-Yale is carried out, specifically for the development of tubes and hoses and brackets.
One area in particular that scanning with the Absolute Arm has allowed for an increase in activity and an improvement of outcomes has been with the measurement of the fixtures that are manufactured onsite. The arm has really enhanced the team’s capabilities in this regard, and the data collected is often now used for preventative maintenance purposes.

John and his team are also currently involved in piloting new products. With the Absolute Arm they’re able to measure directly within pilot areas, checking for clearance and fits – this is much more efficient than previously. 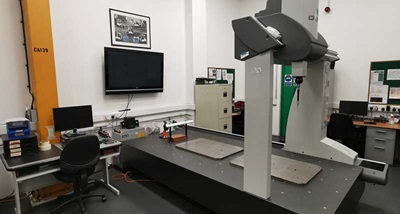 The transition to the new Absolute Arm was relatively straightforward for John’s team, with training taking approximately a week before the team was up and running. Two people onsite were already well-experienced with PC-DMIS thanks to the use of the GLOBAL CMM system, and they were sent for additional training on creating new models for use when scanning with the new arm. A further two team members were brought onboard to help handle the increased inspection duties the team anticipated taking on with the new system.

According to John the ability to develop the team’s skills by continuing to work with PC-DMIS was a big driver for their decision to invest in Absolute Arm technology, as was the quality of the scanner – the team found they were able to very quickly collect clean and usable data with the RS5 Laser Scanner.

Also important was Hexagon’s support network. John said that local Hexagon representative Paul O’Neill was an invaluable resource as they made the decision, as well as immediately afterwards during the training transition and since then until the present. His expert knowledge of the hardware and of PC-DMIS programming was available whenever needed and the team appreciated his patience during their learning

“Processes that used to take 8 hours to complete with manual methods are now completed in as little as 40 minutes.”

This range of harvesters produced by CLAAS is pieced together from more than 50 000 individual components, all of which must meet the company’s standards of quality and resilience.

Different types of pipe and railing represent a large portion of those components. In the past, all railing and hydraulic pipes were measured with bending jigs or templates; typically, a sheet pattern was created and the tubes were applied to this template. 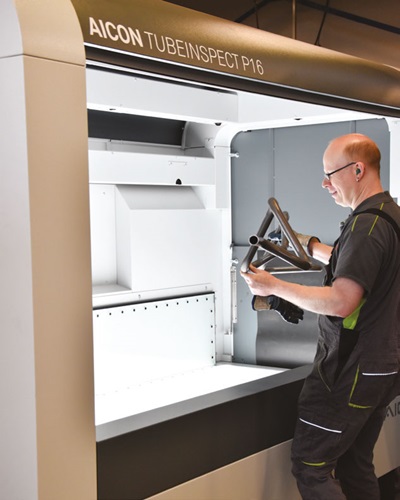 In 2007, in parallel with the development of new products and driven by a desire to improve its processes and production speed, CLAAS began looking for a new state-of-the-art measuring system. The company considered both a handheld measuring device and an AICON TubeInspect optical measurement cell. The short setup time, ease of use, contactless functionality and near automatic operability of the TubeInspect P16 quickly settled the debate in its favour.

"The fact that the high-resolution digital cameras accurately measure the geometry of our tubes in just a few seconds was a decisive factor. We can generate a bending model or correction data so quickly, and with the help of simple programs that are very easy to use”, recalls Thorsten Dammann, Advisor in Technical Service of Assembly Manufacturing at CLAAS.

TubeInspect is today used in the measurement of every kind of tube geometry at CLAAS. Those tubes vary in size, in the range of 4 to 150 millimetres in diameter and from 50 to 5000 millimetres in length, and can feature up to 20 bends. These tubes are vital carriers of oil, water, gas or air, or otherwise form railing tubes. The measurement results produced by the TubeInspect at CLAAS are also an integral part of the ISO certification process.

New hydraulic pipes are among the important components very often designed and planned at CLAAS. They are generated and drawn in the CATIA V6 program. Upon completion of the design process, a program will run over the design to generate and display a coordinate set. The construction team then creates a bending table that is uploaded directly from the design department to the TubeInspect tube measuring cell. 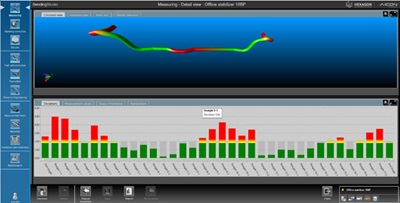 “We no longer need to enter the bending coordinates manually which represents a clear source of error. And the check corresponds one-to-one with the construction requirements. We can directly program the bending machine and when the stretched length of the first component is determined, the component is sawn or cut chipless. As the bending process on the bending machine is carried out, the initial sample is then measured with the measuring cell, the bending data are printed and the possible deviations evaluated.”

“We’ve been able to abolish all contour gauges. The TubeInspect is not only measuring but also setting the first reference standard. Thus, we could also get rid of all sample tubes. We are keeping very few welding fixtures that are used both for testing and later for welding” says Mr. Dammann.

The first check of the bent tube is done on the measuring machine, as the data can be directly visualised on the screen and any possible deviations immediately detected and evaluated via the correction data exchange program.

All bending machines at CLAAS are now networked with TubeInspect measuring system allowing correction data to be quickly and easily exchanged. Once the first pipe is measured with no correction needed, the production process can start immediately and the entire order is bent in one run with the guarantee of constant quality.

“Our AICON TubeInspect P16 measures batches from just a single piece – being just a sample pipe – up to those of 150 pieces. We add around 50 to 60 parts per month, which we also reprogram as new parts. Approximately 7000 pipes are bent each day, which represents approximately 200 measurement tasks per day, in a three-shift operation, representing a measurement taking place every seven minutes,” says Mr Dammann.

The TubeInspect P16 is the second such model acquired by the Haserwinkel company. For more than 10 years, the first machine delivered excellent service and fulfilled all the demanding measuring requirements at CLAAS. However, the company was interested in an upgrade to the improved BendingStudio software, which was complicated with an older measuring machine.

“We got a nice offer which convinced us to invest in a brand new measuring cell, with the latest software, the latest cameras, LED technology and a slightly enlarged measuring space, not to mention full support,” recalls Mr Dammann. 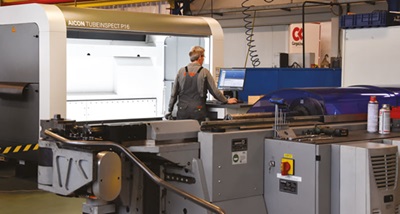 Making the Change to New Software

In the past, all employees working in the tube bending department at CLAAS were trained on the old system. With the upgrade to the brand new BendingStudio software, the company decided to first train four experts in order to ensure every shift was covered. Those four will go on to train the other employees step-by-step, on-the-job. Hexagon included a comprehensive 12-month support contract in the offer, which was very well received and used by CLAAS, especially in the first weeks after the installation.

“The service and support that we are getting from the AICON team at Hexagon is great,” said Dammann. “Their expertise in the tube production world is very unique and extremely valuable”. 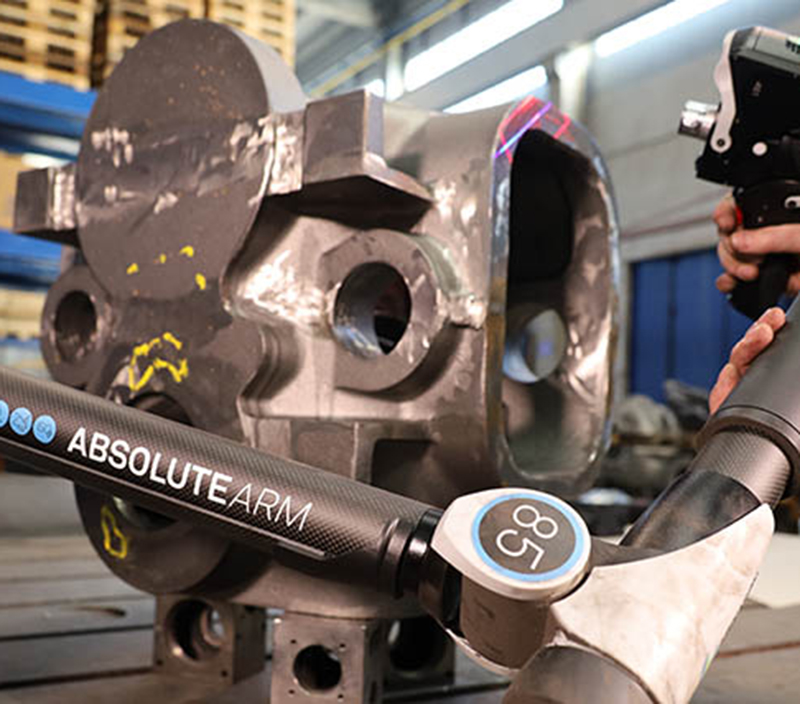 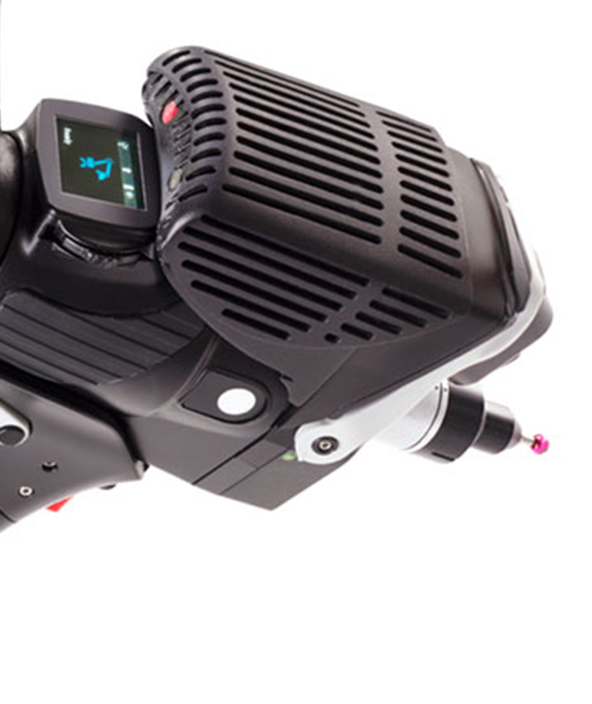 The RS5 Laser Scanner is a general-purpose sensor designed to seamlessly integrate with the Absolute Arm 7-Axis. 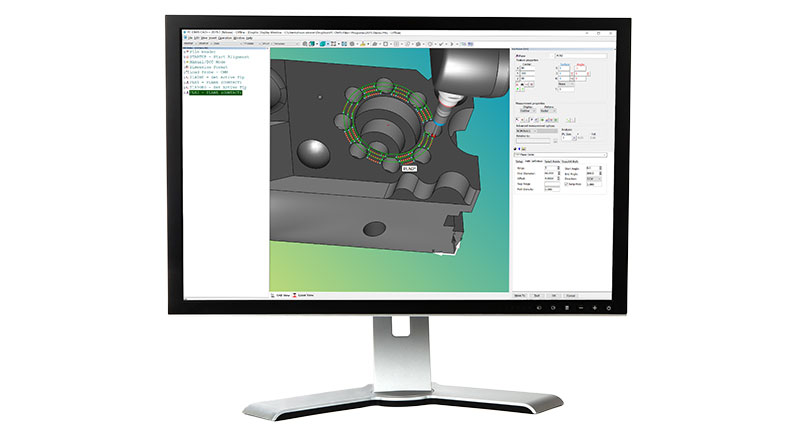 PC-DMIS metrology software enables dimensional measurement data to flow through your organisation, because quality is the grounding truth for design and manufacturing. 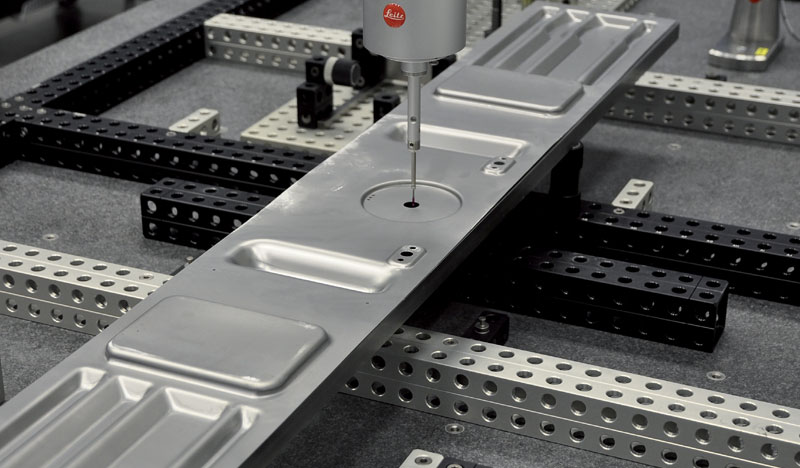 See how companies like yours are working with Hexagon Manufacturing Intelligence 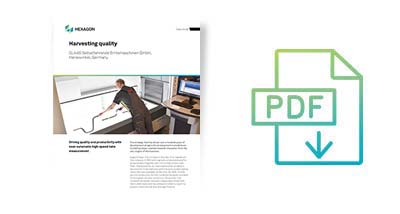