Talk to an expert and discover what Hexagon can do for your organization.
Learn more

The Absolute Scanner AS1 is built on a ground-breaking modular hardware architecture that allows it to operate as the 3D sensor for both a laser tracker and a portable measuring arm, either of which can act as the referencing system for the scan data the AS1 collects.

The Absolute Arm is a well-established referencing system that is widely recognised for its high-accuracy measurement throughout measuring volumes of up to 4.5 metres in diameter. This is thanks to the patented Absolute Encoders built into every articulating joint of the arm, which ensure unmatched positional accuracy.

Alternatively, the Absolute Positioner AP21 allows the AS1 to operate with positional referencing from a Leica Absolute Tracker AT960. The device contains a high-accuracy reflector that can be precisely tracked by the AT960 at a distance of up to 30 metres, with the Absolute Tracker’s unique PowerLock function allowing the tracker to keep locked onto the target at all times throughout measurement. The AP21 is also equipped with a constellation of LEDs, through which the tracker’s mini variozoom camera can calculate incredibly accurate scanner orientation data.

Central to this modularity that allows the AS1 to span both laser tracker and portable measuring arm hardware platforms is Hexagon’s patented kinematic joint system, which allows for sensors to be quickly and easily installed to and unmounted from a positioning device. This system is well established within the Absolute Arm product ecosystem, as well as in the Hexagon CMM range. It has now also been introduced to the laser tracker world with the creation of the AP21.

Thanks to the kinematic joint, the AS1 can be equipped to either the AP21 or an Absolute Arm 7-Axis with just the flick of a single locking switch, and no time-consuming realignment is needed when switching – you can just plug it in and get on with measuring.

This modular concept has great potential for saving time and lowering investment needs. On an automotive shop floor, the same AS1 scanner module could be moved as needed between an Absolute Arm used for interior quality control and an AP21 and Absolute Tracker in the pilot plant performing flush and gap inspection. Or in an aerospace context, the same AS1 module can be switched back and forth as required between scanning ribs inside the wing structure with an Absolute Arm and the outside surface of the wing with an AP21 and Absolute Tracker.

Going even further, the modular concept on which the AS1 is built allows for improved serviceability when compared with more traditional scanner hardware. Any functionality issues can be isolated to either the positioner or the scanner, with only the affected part of the system needing repair/replacement – this is useful in an automation context, where a collision could be resolved by the user by instantly swapping in a second scanner unit with almost no loss of system throughput.

The full potential of the AS1 is yet to be fully uncovered, but we do know this: the future is modular.

AS1: Meet the world’s first 3D scanner for tracker and arm 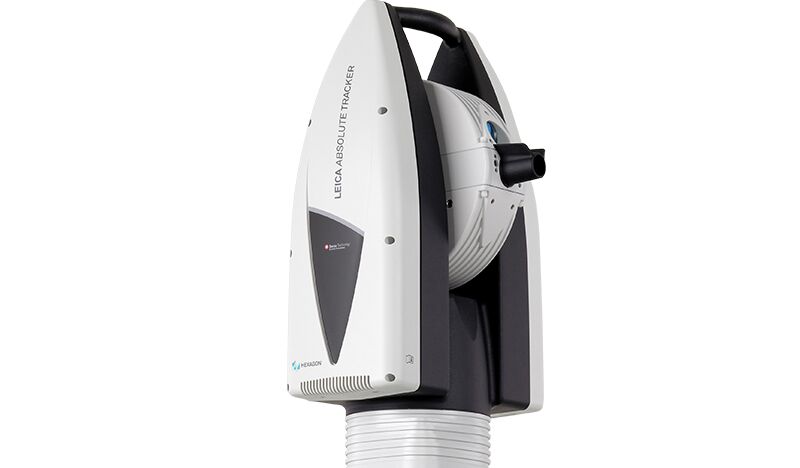 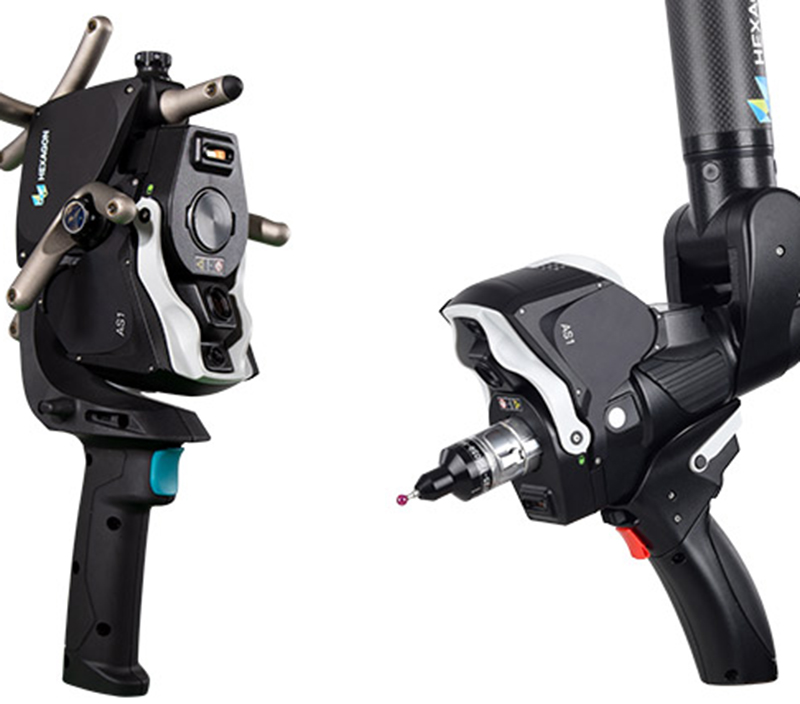 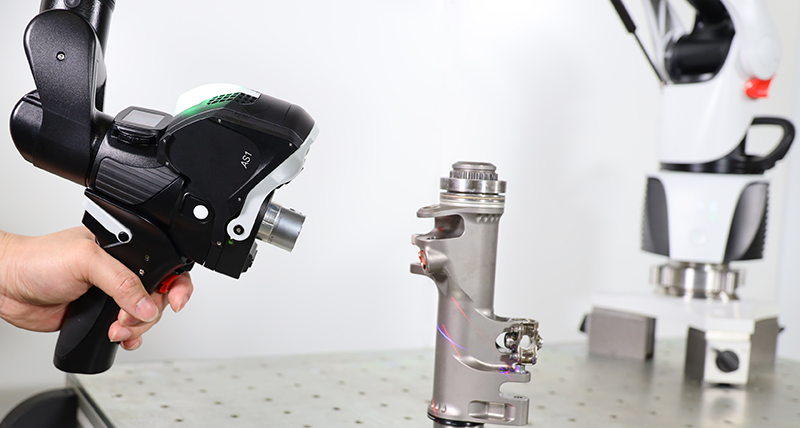 Discover the benefits of using portable measuring arms to put metrology into the manufacturing environment and find out how the Absolute Arm range could benefit your business.
Read more